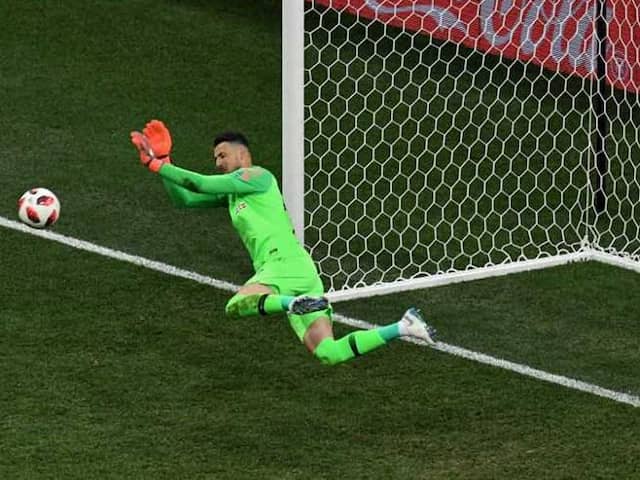 Thousands of Croatians celebrated their team's dramatic win against Denmark on penalties to reach the World Cup quarter-finals on Sunday. Goalkeeper Danijel Subasic was the hero, saving three spot-kicks after the match finished 1-1 following extra time.

"Croatia in a crazy drama broke Denmark with penalties and progressed to the quarter-finals, Subasic hero of the match!" said the Tportal website.

Fans watched the match live on giant screens throughout the country and celebrated the 3-2 win on penalties.

"Subasic saved us! He was an absolute hero of this tough match!" Fran Peric, 20, who watched the match in Zagreb, told AFP.

Fans, many of whom were dressed in Croatia's red-and-white shirts, were singing patriotic songs, lighting flares and waving Croatian flags.

Croatia can match the achievements of the 1998 team, who reached the semi-finals, if they beat Russia in Sochi on Saturday.

Denmark Danijel Subasic 2018 FIFA World Cup Football Croatia vs Denmark, Round of 16
Get the latest Cricket news, check out the India cricket schedule, Cricket live score . Like us on Facebook or follow us on Twitter for more sports updates. You can also download the NDTV Cricket app for Android or iOS.