Mishra's personal best of 6/48 in 8.5 overs on Saturday took his series tally to 18, equalling the record held by compatriot Javagal Srinath. 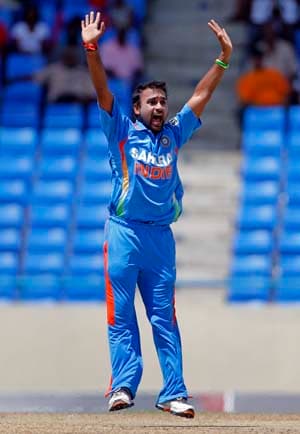 Indian leg-spinner Amit Mishra today equalled the world record for most wickets in a bilateral ODI series after grabbing a career-best six-wicket haul in the fifth and final one-dayer against Zimbabwe here on Saturday. (Highlights from the match)

Mishra's personal best of 6/48 in 8.5 overs today took his series tally to 18, equalling the record held by compatriot Javagal Srinath.

The 30-year-old Mishra has taken just five matches to get the record, two less than Srinath, who grabbed the record in 2002-03 against New Zealand.

Mishra, who was included in place of a resting R Ashwin, came to Zimbabwe with 19 ODI wickets in his kitty and is going back with 37.