As Virender Sehwag faces a storm for mocking Gurmehar Kaur, Yogeshwar Dutt today made it clear which side he was on. 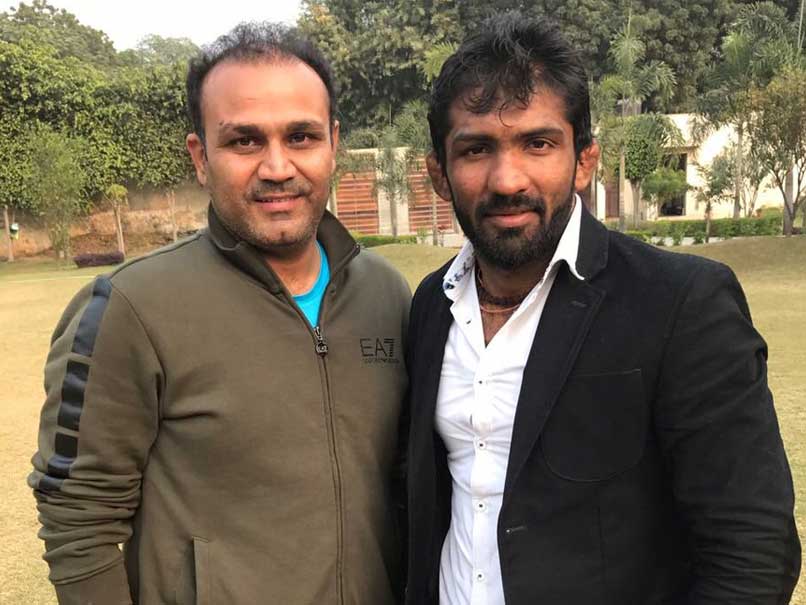 After cricket icon Virender Sehwag, Olympic medallist Yogeshwar Dutt has weighed in on the highly-polarised debate around Delhi University student Gurmehar Kaur's Facebook posts. As Virender Sehwag faces a storm for mocking Ms Kaur, the Haryana wrestler today made it clear which side he was on. Ms Kaur has been trolled over her online campaign against the Akhil Bharatiya Vidyarthi Parishad (ABVP), the BJP-linked student wing, after last week's violence at Ramjas College.

On Sunday, Sehwag had posted his photo, holding a placard which read "I did not score two triple centuries, my bat did". The tweet triggered a deluge of reactions.

The former India opener's tweet appeared to be in response to the student's earlier Facebook post that gained major traction on social media networks. In a video post, she had appealed for peace between India and Pakistan with messages on placards, one of which said, "Pakistan did not kill my dad, war killed him'.

The 20-year-old has been given police protection after she alleged rape threats over her posts against the ABVP.

Today, she pulled out of a march against campus violence at the Delhi University, by teachers and students.

In a series of tweets, Ms Kaur said "that's all I can take", but appealed to others to join the "Save DU" march in huge numbers. "To anyone questioning my courage and bravery. I've shown more than enough," she wrote.

Comments
Topics mentioned in this article
Virender Sehwag Yogeshwar Dutt Wrestling
Get the latest updates on Olympics 2020, Olympics 2020 Medal Tally, Live Cricket Score . Like us on Facebook or follow us on Twitter for more sports updates. You can also download the NDTV Cricket app for Android or iOS.