Tokyo Olympics silver medallist Ravi Dahiya made himself unavailable for the upcoming Wrestling World Championship in Oslo due to lack of practice. 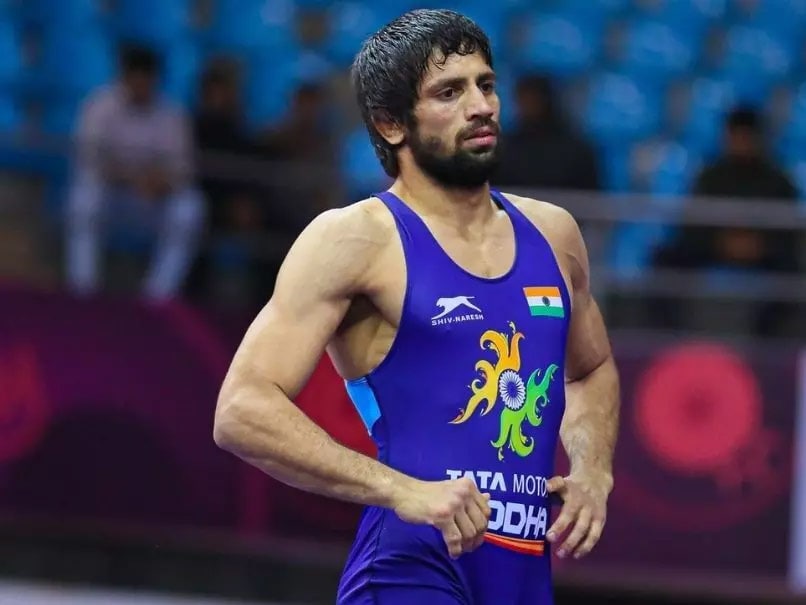 Olympic silver medallist Ravi Dahiya has decided to give the upcoming wrestling World Championship a miss since he did not get time to prepare for the selection trials that Wrestling Federation of India (WFI) is organising next week to pick the Indian team for the prestigious tournament. The Wrestling Federation of India will conduct trials on Tuesday for the World Championship, set to be held in Oslo, Norway from October 2-10. Dahiya and other Tokyo Games medal winners have been hopping from one state to another for the numerous felicitation functions being organised in their honour.

Dahiya will be the second big star missing from the Indian line-up as Tokyo Olympics bronze medallist Bajrang Punia has also been forced out due to a ligament tear in his right knee.

"I will try to compete in one or two tournaments before the season ends after I begin serious training from next month," he said.

Dahiya, though, did not complain when asked if too many functions are bothering him.

"How do you say 'no' to them? They are your own people, who want to show respect and honour you. The only thing is I get tired," he said.

It was expected that Dahiya will compete in the 61kg category instead of his usual 57kg class at the Worlds since reducing and maintaining weight is a huge issue for the wrestlers. A lot of effort goes in cutting weight as they not only give up on food, sometimes go without water for long hours. Dahiya did not mind that WFI did not exempt him from trials.

"The federation is doing the right thing by calling for trials. They know what is best. I don't mind appearing in trials," he said adding that he will soon convey his decision to the federation. WFI Assistant Secretary Vinod Tomar said there was nothing wrong in asking star wrestlers to appear for trials.

"We have to prepare the second line also. We have to give chance to everyone to stake their claim to be on the national team, so all have to come to trials," Tomar said.

The 23-year-old Dahiya said he has been busy to the extent that he even could not spend time with his family after returning from Tokyo.

"I went home last week and that too for only about two hours. There was not enough time. The only other time I met my father was at the airport when we came back," Dahiya, son of a farmer from the Nahri Village in Haryana, said.

Meanwhile, there was still no clarity on the participation of three wrestlers -- Vinesh Phogat, Sonam Malik and Divya Kakran -- in the trials since the WFI has not yet taken a decision on their respective issues.

Vinesh was suspended for indiscipline during the Tokyo Games while Sonam was sent a show-cause notice for misconduct. Divya was also sent a notice for remarks by his father against the federation. Both Sonam and Divya have apologised for their behaviour.

Vinesh also tendered unconditional apology for not wearing the official kit during her bouts but "respectfully" disagreed on charges that she did not train and stay with fellow Indian wrestlers in Tokyo.

Comments
Topics mentioned in this article
Ravi Dahiya Wrestling
Get the latest updates on ICC T20 Worldcup 2022 and CWG 2022 check out the Schedule, Live Score and Medals Tally. Like us on Facebook or follow us on Twitter for more sports updates. You can also download the NDTV Cricket app for Android or iOS.