Sakshi Malik has been issued a show cause notice by the Wrestling Federation India (WFI) and given deadline until Wednesday to submit her reply. 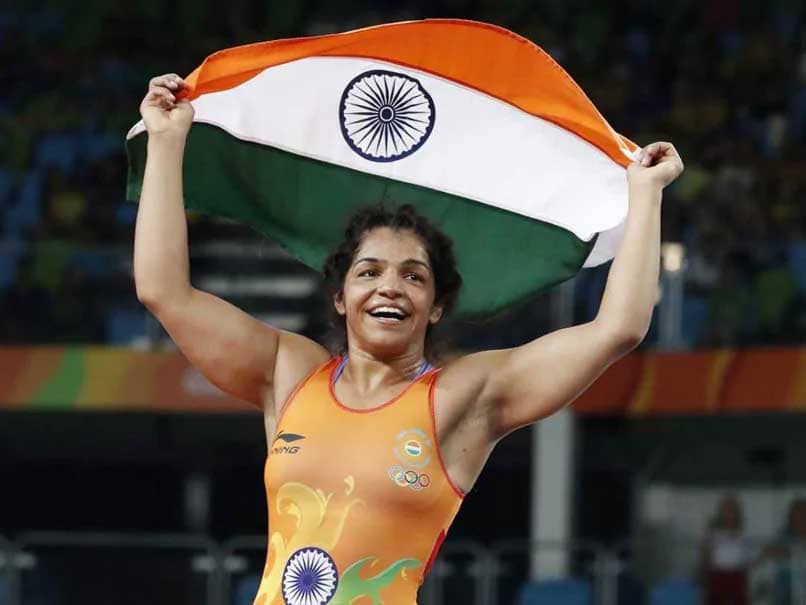 Sakshi Malik won a bronze medal at the 2016 Olympics.© AFP

Sakshi Malik, a 2016 Olympics bronze medallist, was on Monday issued a show cause notice by the Wrestling Federation India (WFI) for leaving the national camp without permission. According to PTI, 25 out of 45 wrestlers, training at the Sports Authority of India (SAI) Centre in Lucknow were absent from the national camp, without seeking any permission from the national federation. Out of these 25, three wrestlers, including Sakshi (62kg), Seema Bisla (50kg) and Kiran (76kg) had recently qualified for the World Championship. The trio has been issued show cause notices and their deadline from submitting replies is Wednesday.

All the others have been expelled from the national camp till further orders from the WFI and were barred from competing in Monday's World Championship trials in four non-Olympic categories.

According to WFI Assistant Secretary Vinod Tomar, once the Indian squads left for Belarus and Estonia for preparatory tournaments, the remaining wrestlers left the camp without seeking permission.

"We have asked Sakshi, Seema and Kiran to reply to the show cause notices. They can reply by Wednesday. Others, we have not even bothered to ask. They have simply been expelled for indiscipline. We will see later if we need to call them back for the camp," Tomar told PTI.

"The camp is still on with remaining wrestlers, including the juniors. Now that they have been expelled, they are coming up with all kinds of excuses. Somebody is saying that my mother was ill and some one is saying that she had informed so and so. This is unacceptable," added Tomar.

Asked if WFI will stop Sakshi, Seema and Kiran from participating in the Worlds, Tomar said, "I can't comment on it as of today. The federation will decide soon."

Sources in the WFI said the three wrestlers will be let off with warning.

"We have told them that only those who are serious about training will return to the camp. If they have problems at home, they can sit at home. We will replace them. We can't afford the camp to suffer because of a few wrestlers. We can have more juniors," Singh told PTI.

Asked about allegations that the WFI has tried to manipulate trials by sending entries for the World Championship to United World Wrestling (UWW) without holding trials, Tomar defended the decision.

The last date to send entries was August 15 while WFI conducted trials for women in non-Olympic categories on August 19 in Lucknow and men's trials are scheduled for tomorrow in New Delhi.

"We had to send a team to Belarus for the tournament and to Estonia for the World Championships. A few junior wrestlers also wanted to compete in trials, so we delayed the trials so that they can compete when they comeback.

"Viky, who won a bronze in 92kg at the Worlds, he also has to compete. We delayed it so that we could have quality trials. I agree that the women's trials were very weak due to disciplinary action. We can always replace names already sent to UWW. We can give medical certificates for replacements," said Tomar.

The men's freestyle trials in four non-Olympic categories and the 74kg in which two-time Olympic medallist Sushil Kumar competes, will be held tomorrow.

Names of wrestlers expelled from the national camp: