After being 0-3 down, Bajrang Punia stepped on the gas and won 12 straight points to clinch the gold against his American opponent. 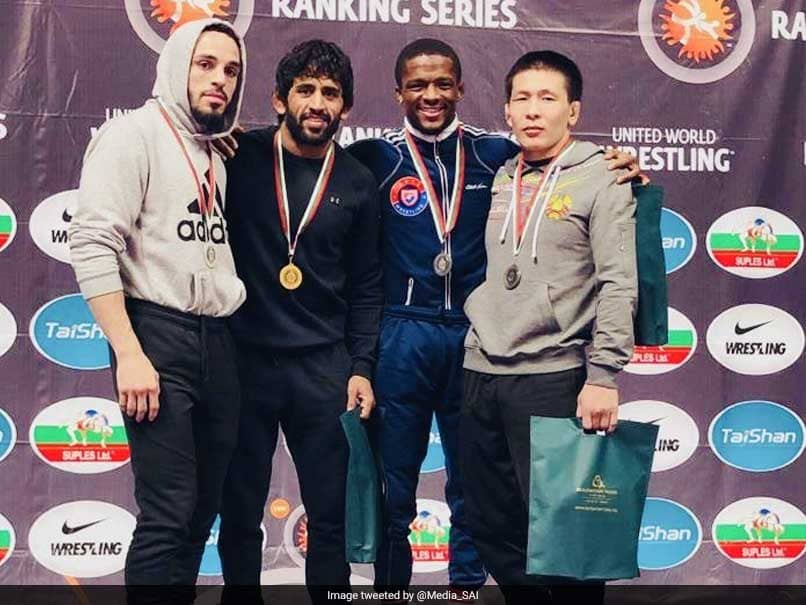 Bajrang Punia and Pooja Dhanda clinched gold medals for India in freestyle wrestling at the Dan Kolov-Nikol Petrov Ranking Series in Bulgaria. While Bajrang Punia defeated Jordan Oliver of the US in the men's 65 kg final on Saturday night, Pooja Dhanda finished undefeated in the women's 59kg category on Friday. Rio Olympics bronze medalist Sakshi Malik secured a silver medal for India after losing the women's 65kg final bout to Henna Johansson of Sweden. Following his win, Bajrang Punia said: "I dedicate this medal to Wing Commander Abhinandan Varthaman. He has been an inspiration. Some day I would like to meet and shake his hands."

After being 0-3 down, Punia stepped on the gas and won 12 straight points to clinch the gold against his American opponent.

Facing Johansson of Sweden, Malik was beaten to the gold medal by a 3-8 margin. Besides the silver medal, Malik will also take back some confidence after beating reigning World and European Champion Petra Olli of Finland in the semis.

"The win over World Champion Olli has given me a lot of confidence and will keep me in good stead for the upcoming Asian Championships," Malik said.

What was notable was that she competed in a category higher than her usual 62kg.

"From here we have trials in India for the Asian Championships and then another event in the USA. To lose weight thrice in one month or so would affect my performance as there would be lot of diet control and that affects training too," Sakshi explained.

Dhanda won gold as she went undefeated in the women's 59kg category, which followed had a round-robin format. On her way to gold, she beat compatriot Sarita Mor, Kornelija Zaicevaute of Lithuania while Kyrgyzstan's Aisuluu Tynybekova didn't turn up for the bout.