Young Anshu Malik was the lone Indian woman wrestler to win a medal at the individual World Cup, grabbing a silver in the 57kg category in Belgrade. 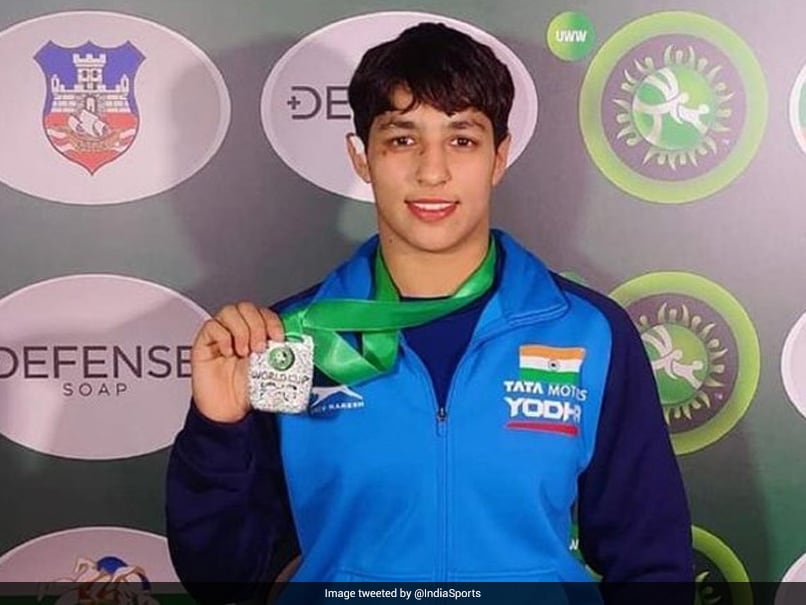 Anshu Malik clinched her third medal at the senior level from as many tournaments.© Twitter

Young Anshu Malik was the lone Indian woman wrestler to win a medal at the individual World Cup, grabbing a silver in the 57kg category in Belgrade. Anshu, who is coming up from the junior ranks, clinched her third medal at the senior level from as many tournaments. She lost the gold medal bout 1-5 to Moldova's Anastasia Nichita on Wednesday night. She had won a bronze at the Asian Championship early this year in New Delhi and a silver at Mattio Pellicone event in Rome in January.

She is gradually making the 57kg category her own despite presence of World championship medallist Pooja Dhandaand experienced Sarita Mor in the same weight class.

Anshu began with a 4-2 win over Azerbaijan's Alyona Kolesnik and followed it up with 3-1 victory over Germany's Laura Mertens in the quarterfinals.

In the semi-final, she outplayed Russia's Veronika Chumikova, recording a victory by fall.

Another Indian grappler Pinki also did well to reach the 55kg semi-finals, where she lost to Belarusian Iryna Kurachkina.

She later lost the bout for bronze to Russia's Olga Khoroshavtseva by technical superiority.

Sarita (59kg), Sonam Malik (62kg) and Sakshi Malik(65kg) could not go beyond quarterfinals in their respective categories.

Veteran Gursharanpreet got a repechage round in the 72kg but lost that by technical superiority to Evgeniia Zakharchenko.

From among the Greco Roman grapplers, only Arjun Halakurki could reach the quarterfinals in the 55kg while all other could not go beyond qualification rounds.

Comments
Topics mentioned in this article
Wrestling
Get the latest updates on IPL Auction 2023 and check out  IPL 2023 and Live Cricket Score. Like us on Facebook or follow us on Twitter for more sports updates. You can also download the NDTV Cricket app for Android or iOS.