Presence of proven performer Bajrang Punia in the 65kg trials meant that most of the wrestlers in this category preferred to stay away. 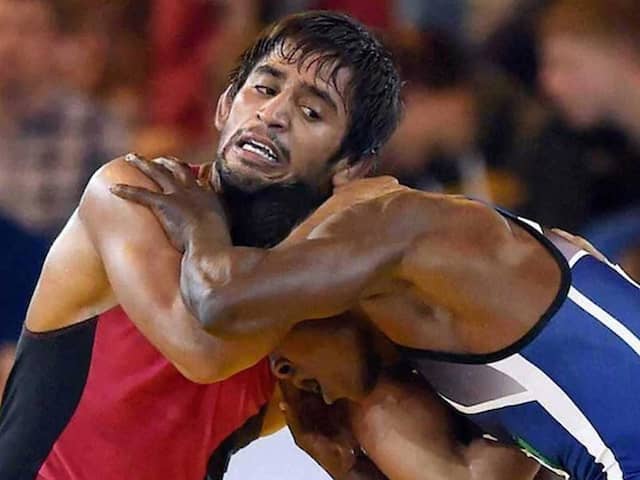 Star wrestler Bajrang Punia needed less than four minutes to book a berth in India's World Championship squad while Ravi Kumar Dahiya earned his chance by winning the most competitive category during the trials, here on Friday. Presence of proven performer Bajrang in the 65kg trials meant that most of the wrestlers in this category preferred to stay away. Only Harphul Singh, the reigning national champion, took on the world number one but he could not compete with Bajrang for two full rounds.

Harphul suffered a knee injury when the Asian Games gold-medallist got hold of his right leg in the second three-minute period. Bajrang was leading 7-0 when the bout had to be stopped.

"If the bout had lasted for full six minutes, it would have been good for me as well as the fans who came to watch us wrestle. It feels bad when the bout has to end like that. When a wrestler suffers an injury, it really pegs him back. All of us work hard, I feel bad for him," said Bajrang.

The 57kg category featured seven wrestlers, including the very talented Sandeep Tomar and Utkarsh Kale. However, it was Ravi, the last year's U-23 World Championship silver-medallist, booked a flight to Kazakhstan.

Ravi, who trains at Chhatrasal stadium under his coach Virender, outplayed Rahul 12-2 in the final bout. The final was expected to be a stiff battle but Rahul, who knocked out 2016 Asian Champion Sandeep Tomar, and Kale, were no match to a wily Ravi.

"There will be stiff competition at the Worlds. Asia is a powerhouse of wrestling. You have tough wrestlers from Japan, Iran, Mongolia and Kazakhstan. I am training hard and hopefully I will have good result," said the 22-year old from Haryana. The 86kg category also featured just two grapplers with Deepak Punia winning 5-0 against Pawan.

The 20-year-old Deepak has considerable international exposure but it will be his first senior World Championship. He also trains at Chattrasal with Virender. A few exciting bouts were witnessed in the 97kg category in which Mausam Khatri emerged winner by beating Satyawart Kadiyan 8-1 in the final.

Satyawart, husband of Rio Olympics bronze-medallist Sakshi Malik, opted for an attacking approach but Khatri not only defended well but also outsmarted his rival with his counter-attacks. Also booking a berth in the World Championship, slated to be held in Kazakshtan from Septmber 14-22, was Sumit Malik in the 125kg category. He beat Satender 3-0 in the final.

The trials for the 74kg category, in which two-time Olympic medallist Sushil Kumar competes, have been pushed to next month since both Jitender Kumar and Praveen Kumar are injured. They sought more time to recover and the WFI obliged.