India's head coach, Graham Reid has said that the team has rested senior players to help them shake off any niggling injuries and refresh themselves. 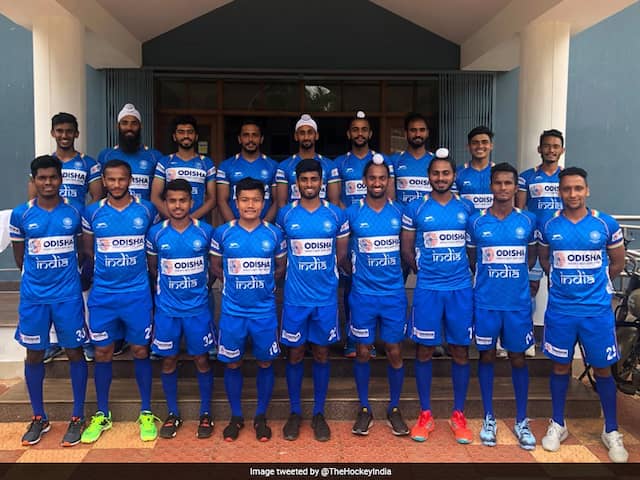 Harmanpreet Singh and Mandeep Singh have been named the captain and vice-captain respectively.© Twitter

Hockey India on Thursday announced an 18-member squad for the Olympic Test event in Japan. The team management has decided to rest senior players such as captain Manpreet Singh, PR Sreejesh and Surender Kumar. The Indian team chief coach Graham Reid said that the break will help the players shake off any niggling injuries and refresh themselves ahead of the Olympic qualifying matches in November. "We are resting some senior players including Manpreet Singh some of whom have had a very rigorous last 12 months of hockey and will give them a chance to shake off any niggling injuries and get fresh for the next three months of preparation for the November qualifying matches," Reid said.

In the absence of senior players, Harmanpreet Singh and Mandeep Singh have been named the captain and vice-captain respectively and two players - Ashis Topno and Shamsher Singh have earned their debut spots in the Indian national team. However, experienced striker SV Sunil has returned to the national team after a gap of nine months.

Reid expressed that the Olympic Test Event will give a few players a chance to show their mettle at the international stage.

"With no world ranking points at risk, the Tokyo test event gives us an ideal opportunity to not only get a first-hand look at how Tokyo is shaping up for next year's Olympics, we will also see some players who have not had a chance to show us what they can do on the international stage," said Reid.

The 18-member Indian squad is as follows for Olympic Test Event:

The Olympic Test event is scheduled to be held between August 17 to 21 in Japan.