Deepak Punia revealed that he sustained injury in the first bout and battled it throughout the tournament to win silver at World Wrestling Championships and secure Olympics quota. 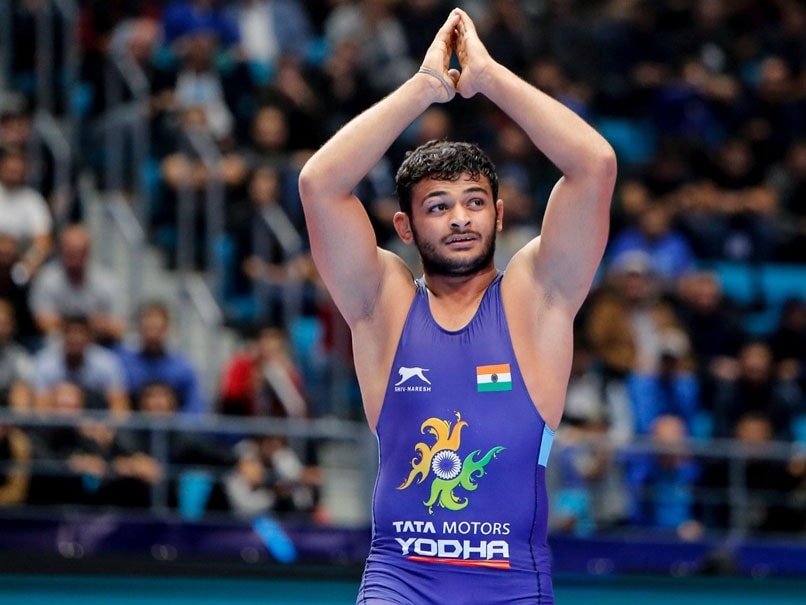 Only 29 days after Deepak Punia became the first Indian wrestler in 18 years to win gold at the junior World Championships, he retired from the 86-kg final to win a silver in his very first outing at the senior Worlds. It has been an extraordinary couple of months for the 20-year-old and it only gets better when one considers the fact that he went all the way to the final in Nur-Sultan despite carrying an ankle injury for much of the tournament.

However, the injury caught up with him in the end -- Deepak was visibly struggling after beating Switzerland's Stefan Reichmuth 8-2 in the semi-final and the next day, it had emerged that he had pulled out of the final.

"I sustained the injury in the first bout. As I progressed through the rounds, it got worse. After the day of the semi-final and probably because of the cold weather there, my leg was swollen the next day and I was hardly able to stand. So I had no choice," he said.

Deepak said that he was determined to at least ensure qualification for the 2020 Tokyo Olympics which is why carried on with the injury.

Grapplers that reached the medal rounds of the World Championships of Olympic weight categories earned automatic spots for the Games next year.

"I was determined to reach the qualification stages regardless of whether I am injured or not," he said.

The injury however is not a serious one and he expects to be completely fit in a few days.

"It should take around 15-20 days for me to heal completely," he said. For now, he is only concerned about spending some much needed time at home.

"I have gone home only once or twice since last Diwali. So I am looking forward to that now," he said.

The win in the junior Worlds gave him confidence to compete with the seniors.

"But a silver medal was not something I expected. It was quite a happy moment when I won it," he said.

"World Championships is always tough. Wrestlers come from every country and it is always a big challenge."

Deepak knows that while his lack of experience is something he can hardly do anything about going into the Olympics, there are other areas that need improvements.

"I need to work on my technique. I will also be trying to look at other wrestlers to understand where I stand on an overall basis," he said.