Where it all went wrong for Australia

The Aussies had got it right for three World Cups in a row, but their strengths reduced by considerably in the interim. Here's a look at the things that went wrong for the Aussies. 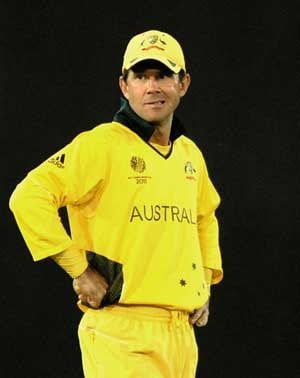 The Aussies had got it right for three World Cups in a row, but their strengths reduced by considerably in the interim. Here's a look at the things that went wrong for the Aussies.

Spin - bowling it and facing it:

On the subcontinent, spin was always going to be a key factor. Australia did not select Nathan Hauritz due to a shoulder injury, nor Xavier Doherty due to a back problem, and the lack of a quality limited-overs slow bowler cost them. Jason Krejza can spin the ball sharply, but he doesn't have the variety of the best spinners in world cricket. He was easily milked for runs and managed only five wickets at 55.60 in his seven appearances. Steven Smith wasn't any better, and was dropped for the quarter-final. Equally, the Australian batsmen struggled to score freely against the impressive spinners from India, Pakistan and even Zimbabwe. They hardly used their feet and allowed the bowlers to dictate terms.

Not enough wickets from pace bowlers:

There's a common road sign in India that reads "speed thrills but kills". It's a sentiment that could be applied to Australia's attack. Given that spin was Australia's weakness, their three-pronged pace group of Brett Lee, Shaun Tait and Mitchell Johnson needed to rip through opposition line-ups. None of them bowled terribly, and each man shone at times. But Australia needed more than that; given their propensity to leak runs, the trio had to be completely dominant. The only teams they dismissed were Zimbabwe, New Zealand and Canada.

Of course, the fast men didn't always have enough runs on the board to defend. Cameron White was the major culprit in the middle order. He was out of form right throughout the tournament - in fact, throughout Australia's home summer as well. He batted six times in the World Cup for scores of 22, 22 not out, 2, 4 not out, 8 and 12. Ricky Ponting's unwavering defence of White didn't help; dropping him for David Hussey might have improved their chances. Until the quarter-final, Ponting himself struggled for runs as well, and Michael Clarke was the middle-order man who impressed the most.

A platform, but nothing more:

It might seem harsh to criticise Brad Haddin and Shane Watson, who were Australia's two leading run scorers in the tournament. But neither of them made a century, and in the matches that mattered, against Pakistan and India, their opening stands were worth 12 and 40. It wasn't enough. A big start goes a long way to setting up a winning total, and the only times they really achieved that were against the minnows Canada, and in a low-pressure chase against New Zealand.

Yes, losing to India was the knockout blow, but had Australia found a way to beat Pakistan they would not have ended up facing India in Ahmedabad in a knockout quarter-final. Instead, they would have played a much more winnable match against West Indies in Dhaka. And given that Pakistan had beaten Australia only once in their past 10 encounters leading in to the final group match, it was a costly slip for Ponting's men.

Comments
Topics mentioned in this article
India Cricket Team Australia Cricket Team Ricky Ponting World Cup 2011 Cricket
Get the latest updates on India vs South Africa and check out  Schedule, Results and Live Score. Like us on Facebook or follow us on Twitter for more sports updates. You can also download the NDTV Cricket app for Android or iOS.