Serena Williams was a fourth-round loser in singles before she retired from her doubles second round tie with what was described as a "viral illness" after almost fainting and serving up four double fault. 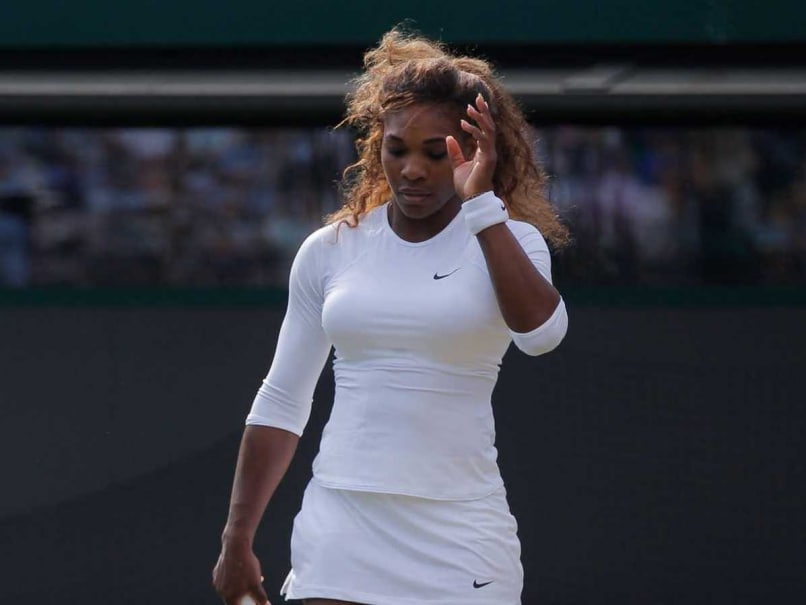 Serena Williams and Andy Murray may have suffered shock defeats at Wimbledon but they remained at the centre of intrigue Thursday over the controversial and stormy manner of their exits. (Health Scare for Serena)

Williams was a fourth-round loser in singles before she retired from her doubles second round tie with what was described as a "viral illness" after almost fainting and serving up four double faults in a performance which made for uncomfortable, almost goulish viewing. (Murray Knocked Out)

The 32-year-old added to the mystery when she posted a photo on social media showing herself wrapped in a blanket and slumped listlessly on a sofa, staring blankly at a laptop on the table in front of her.

Her French coach, Patrick Mouratoglou, with whom she has been linked romantically, said he had not seen Serena for two days before her Court One meltdown on Tuesday where she was led by the hand from the court by sister Venus after she had struggled to maintain her balance and composure.

Former champion and world number one Martina Navratilova suggested that there was more to the story than a "viral illness" although Williams has suffered serious health issues in the past, once even having to battle life-threatening blood clots on her lungs.

"I've never seen anything like it and hopefully never will again," Navratilova told ESPN.

"It's not right. It defies logic on so many fronts. The coach said he hadn't seen her for two days. He didn't know anything. How can you be a coach and not know anything? That's wrong.

"You don't know what's going on, but virus was not it, that much is clear."

One day after defending men's champion Murray made a tame exit in straight sets to Grigor Dimitrov in the quarter-finals, the British media suggested there had been an incident involving the 27-year-old in the minutes leading up to his Centre Court clash.

The Daily Telegraph reported that in the second set, Murray was heard muttering the words "shut the f*** up" to himself.

In the third, he raged: "Five minutes before the f***ing match."

The comments appeared to be aimed at the players' box where his coach Amelie Mauresmo, long-time girlfriend Kim Sears and his mother Judy were watching.

Murray left the All England Club straight after his media duties were completed still dressed in his tennis kit, heading for his mansion home nearby.

Sears was understood to have left alone and was "visibly upset", claimed the Telegraph.

Judy Murray told the BBC on Thursday that she was not aware of any pre-match difficulties although she only arrived after the first set having gone to watch her other son, Jamie playing mixed doubles on an outside court.

"He went to meet Amelie this morning. I'm sure he'll be back -- form is temporary, class is permanent," she said.

Dimitrov, a close friend of Murray, sensed the British player was not up to his best."

"I sensed in the warm up that his game was not at the highest level," said the 23-year-old Bulgarian.

Comments
Topics mentioned in this article
Wimbledon 2014 Serena Williams Andy Murray Tennis
Get the latest updates on ICC Women's Cricket World Cup 2022 and IPL 2022, check out the Schedule , Live Score and IPL Points Table. Like us on Facebook or follow us on Twitter for more sports updates. You can also download the NDTV Cricket app for Android or iOS.