The 27-year-old Novak Djokovic replaced Rafael Nadal as the world's top player following his five-set triumph over Roger Federer in Sunday's final at the All England Club. 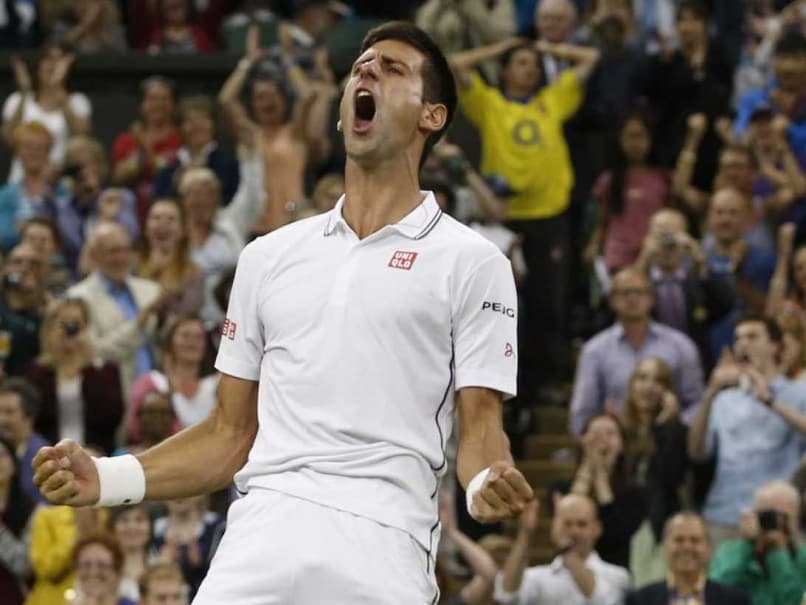 Wimbledon champion Novak Djokovic went back to the top of the world rankings on Monday while Andy Murray slipped to number 10, his lowest place for six years. (Djokovic Top of the List)

The 27-year-old Serb replaced Rafael Nadal as the world's top player following his five-set triumph over Roger Federer in Sunday's final at the All England Club. (Djokovic Wins Wimbledon)

It was Djokovic's second Wimbledon and seventh Grand Slam title which also allowed him to book a place in the season-ending World Tour Finals in London. (Djokovic Thanks Federer for Letting him Win)

"It feels great not only to win Wimbledon again but also to return to No. 1 in the ATP rankings," said Djokovic as he starts his 102nd week in total on top of the pile.

"I got to No. 1 for the first time in my career after winning Wimbledon in 2011 so it is nice to do it again here. I can't wait to return to London to defend the ATP World Tour Finals title. I have had a good run there in the past two years."

After finishing 2013 with four straight titles, Djokovic extended his winning streak to 28 straight matches before a loss to Stan Wawrinka in the Australian Open quarter-finals.

He won three Masters titles this year -- at Indian Wells, Miami and Rome -- and came up just short in his bid for a career Grand Slam, when he finished runner-up to Nadal at the French Open.

Federer returns to number three in the world but Britain's Andy Murray, the deposed champion at Wimbledon, has slipped to number 10 from five, his lowest ranking since the eve of the 2008 Wimbledon tournament when he was at 11.

Entering the top 10 for the first time is Wimbledon semi-finalist Grigor Dimitrov who is number nine and the first Bulgarian man to make the top bracket.

Australian 19-year-old Nick Kyrgios, who knocked Nadal out in the fourth round at Wimbledon, climbs from 144 to 78 while 2013 semi-finalist, Jerzy Janowicz of Poland dropped to 51 from 25 after a third-round defeat to Tommy Robredo.

Comments
Topics mentioned in this article
Novak Djokovic Wimbledon 2014 Tennis
Get the latest updates on ICC T20 Worldcup 2022, check out the Schedule and Live Score. Like us on Facebook or follow us on Twitter for more sports updates. You can also download the NDTV Cricket app for Android or iOS.