Roger Federer dropped a set for the first time in this year's tournament, but eventually emerged unscathed on Wimbledon's showpiece arena just hours after defending champion Andy Murray had walked off stunned by his quarter-final defeat against Grigor Dimitrov. 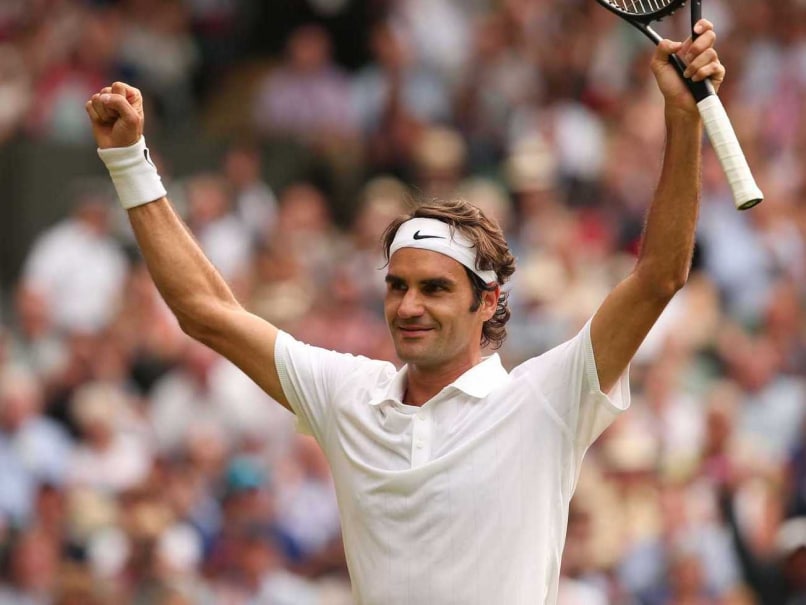 Roger Federer avoided joining Wimbledon's Centre Court casualty list as the Swiss star hit back to reach the semi-finals for the ninth time with a 3-6, 7-6 (7/5), 6-4, 6-4 victory over compatriot Stan Wawrinka.

Federer dropped a set for the first time in this year's tournament, but eventually emerged unscathed on Wimbledon's showpiece arena just hours after defending champion Andy Murray had walked off stunned by his quarter-final defeat against Grigor Dimitrov. (Murray Crashes Out)

Murray's loss was the latest in a long line of shocks on Centre Court over the last nine days, with world number one Rafael Nadal and former Wimbledon champion Maria Sharapova also among those bowing out.

But fourth seed Federer ensured his name wasn't added to the list with a come from behind victory in the last eight to secure his 35th Grand Slam semi-final appearance. (Djokovic Beats Cilic in Five-Setter)

It was also the 17-time Grand Slam champion's 72nd match victory at the All England Club, which moved him into second place on the all-time list ahead of Boris Becker and behind only Jimmy Connors.

"It's always nice to play on Centre Court and in England, I have had amazing support since I first came in 1998," said Federer.

"Stan played great in the first two sets but maybe he struggled with his fitness a little. "We know our patterns so well so it's hard to get by."

Federer admitted he has been especially motivated at Wimbledon this year following his surprise second round loss to Sergiy Stakhovsky 12 months ago.

"Last year was a disappointment as Wimbledon is always a highlight of the year for me. I didn't come close and I was very deflated," he added.

"So it's good to come back and have a chance of going further."

Federer had been in imperious form as he swept through the first four rounds without dropping his serve for the loss of only 32 games.

But Wawrinka represented a significantly tougher test than the likes of Gilles Muller and Santiago Giraldo.

The 29-year-old had already replaced Federer as the Swiss number one earlier this year and defeated his close friend in the Monte Carlo final in April.

That was only his second win against Federer in 15 attempts, but any inferiority complex about facing him had long disappeared and Wawrinka was quickly into his stride on Centre Court as he broke for a 4-1 lead.

With Federer unable to make any impact on the Wawrinka serve, that was enough to take the first set.

But Federer turned the tide, keeping his cool in a tight second set tie-break to level the match.

Federer was beginning to hit peak form and Wawrinka, showing signs of fatigue in his third match in three days at the rain-hit tournament, couldn't muster a response when Federer broke in the third set.

Regardless of the gradual decline which has seen him win only one Grand Slam title in his last 17 attempts, Federer with the bit between his teeth at Wimbledon remains a formidable force.

He easily finished off the third set and kept the pressure on Wawrinka, drawing a crucial error to break for a 2-1 lead at the start of the fourth.

Wawrinka kept fighting and saved four match points at 4-5, but Federer finally delivered the knockout blow at the fifth attempt.

Comments
Topics mentioned in this article
Wimbledon 2014 Roger Federer Stanislas Wawrinka Tennis
Get the latest updates on ICC Women's Cricket World Cup 2022 and IPL 2022, check out the Schedule , Live Score and IPL Points Table. Like us on Facebook or follow us on Twitter for more sports updates. You can also download the NDTV Cricket app for Android or iOS.