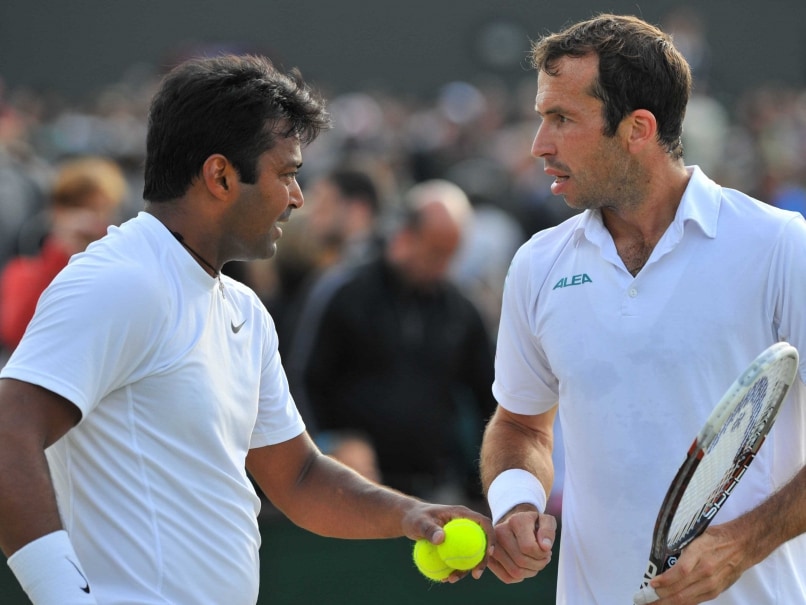 Paes and Stepanek failed to convert their break points as much as their opponents did.© AFP

Leander Paes and Radek Stepanek suffered a straight sets defeat to unseeded pair of Vasek Pospisil-Jack Sock in the semi-finals of Wimbledon in London on Friday.

The fifth seeds Indo-Czech team lost to the Canadian-American duo 6-7, 3-6, 4-6. Pospisil and Sock will take on the Bryan brothers Mike and Bob, who beat Michael Llodra and Nicolas Mahut 7-6, 6-3, 6-2 in the other semi-final clash. With this win, Bob and Mike moved one step closer to their 99th team title.

The experienced Paes and Stepanek failed to convert their break points as much as their opponents did. Plus, Pospisil and Sock served big and banged in seven aces to just one served by Paes and Stepanek. It was a close battle than the scoreline would suggest but then luck did not side with Paes' team.

Comments
Topics mentioned in this article
Leander Paes Radek Stepanek Wimbledon 2014 Tennis
Get the latest updates on India vs England Series, India vs England , live score and IPL 2021 Auction . Like us on Facebook or follow us on Twitter for more sports updates. You can also download the NDTV Cricket app for Android or iOS.