The 13th-seeded Eugenie Bouchard defeated No. 9 Angelique Kerber 6-3, 6-4 to reach the semifinals at a third consecutive Grand Slam. 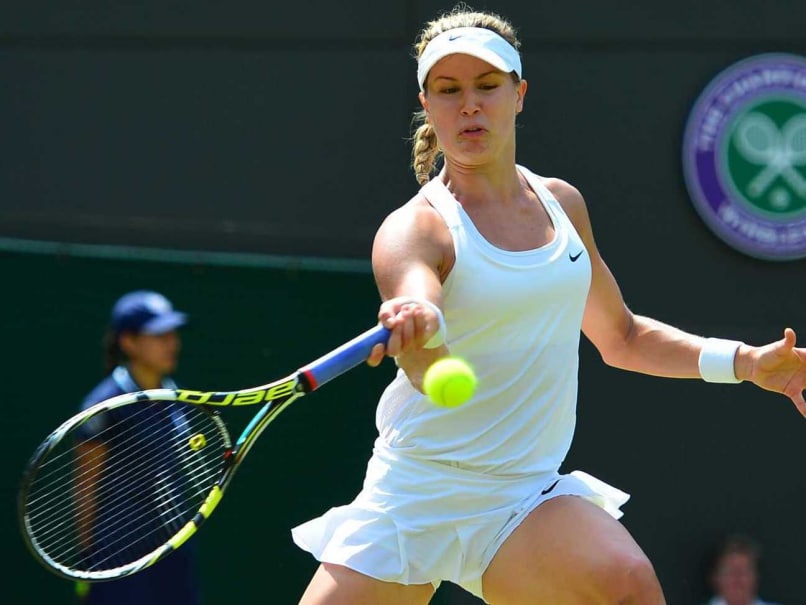 Eugenie Bouchard in action at the Wimbledon 2014 quarters© AFP
London:

Simona Halep of Romania and Eugenie Bouchard of Canada will meet for a place in the Wimbledon final after winning quarterfinal matches in straight sets on Wednesday.Â (Wimbledon 2014 Coverage)

The 13th-seeded Bouchard defeated No. 9 Angelique Kerber of Germany 6-3, 6-4 to reach the semifinals at a third consecutive Grand Slam.

"I'm just excited to be in the semis again and I want to go one step further for sure," Bouchard said.

Halep, runner-up at the French Open, is the first Romanian woman to get this far at the All England Club since the Open era began in 1968. Bouchard, who hasn't dropped a set in five matches, is the first Canadian woman to reach the Wimbledon semifinals.

Their progress to the final four has underlined the rise of a new crop of players in the women's game. Former champions Serena and Venus Williams and Maria Sharapova are all out of the tournament.

"I think it's a normal evolution of things as the great champions get a bit older the new ones start coming in I think it's a really exciting time for women's tennis," said the 20-year-old Bouchard, who will break into the top 10 in the rankings next week.

Halep and Bouchard are both 15-2 in Grand Slam matches this year.

The other semifinal is an all-Czech matchup between 2011 champion Petra Kvitova and Lucie Safarova.

Halep and Bouchard have played each other only once, with the Romanian winning.

Bouchard was in control against Kerber - who beat Sharapova on Tuesday - after saving four break points while serving at 3-all in the first set, a game that lasted nearly 10 minutes.

"I was really trying to stay in the moment," Bouchard said. "I knew I couldn't think ahead and things like that and that's what I've been working on for a while now to try to stay mentally in the moment. I few bad errors but at the same time I hit a few good aggressive shots and that's my game."

Halep, meanwhile, took command of her match by attacking Lisicki's weak second serve. The German won only eight of 26 points on her second serve. She also had 20 unforced errors, compared to 11 by Halep.

"She had 4-1 and then I came very well back," Halep said. "I played my best today and I was enjoying every moment because it was incredible on Centre Court."

Among those in the Royal Box were Prince William, second in line to the British throne, and his wife Kate.

Comments
Topics mentioned in this article
Wimbledon 2014 Eugenie Bouchard Simona Halep Tennis
Get the latest updates on ICC Women's Cricket World Cup 2022 and IPL 2022, check out the Schedule , Live Score and IPL Points Table. Like us on Facebook or follow us on Twitter for more sports updates. You can also download the NDTV Cricket app for Android or iOS.