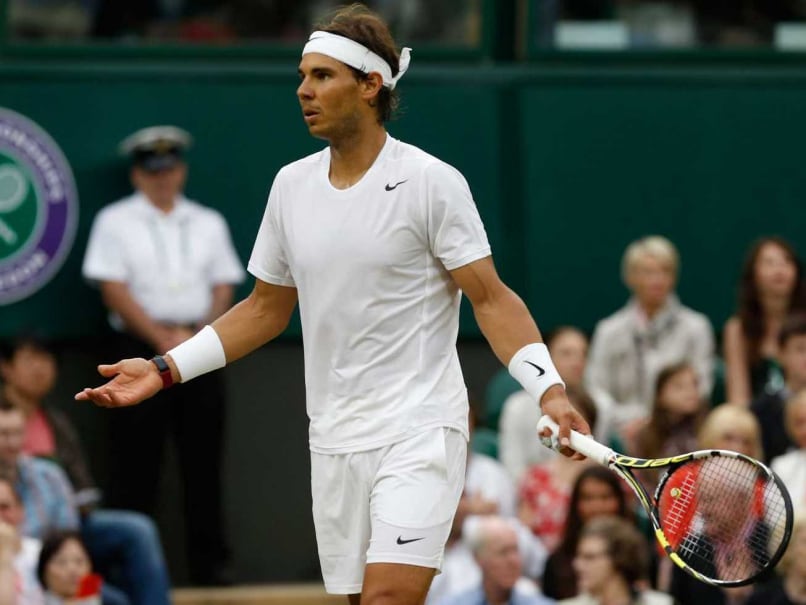 Rafael Nadal reacts after being knocked out from Wimbledon 2014© AP

Australia's world number 144 Nick Kyrgios caused one of the greatest Wimbledon sensations on Tuesday when he sent world number one and 14-time Grand Slam title winner Rafael Nadal crashing to a shock defeat.

He is also the first player ranked outside the top 100 to defeat a world number one since Andrei Olhovskiy stunned Jim Courier in the Wimbledon third round in 1992.

It was a performance of brutal inventiveness and uninhibited bludgeoning from a man who had had to save nine match points in his second round win against Richard Gasquet and his reward is a clash with Canada's Milos Raonic for a place in the semi-finals.

Comments
Topics mentioned in this article
Rafael Nadal Wimbledon 2014 Tennis
Get the latest updates on ICC Women's Cricket World Cup 2022 and IPL 2022, check out the Schedule , Live Score and IPL Points Table. Like us on Facebook or follow us on Twitter for more sports updates. You can also download the NDTV Cricket app for Android or iOS.