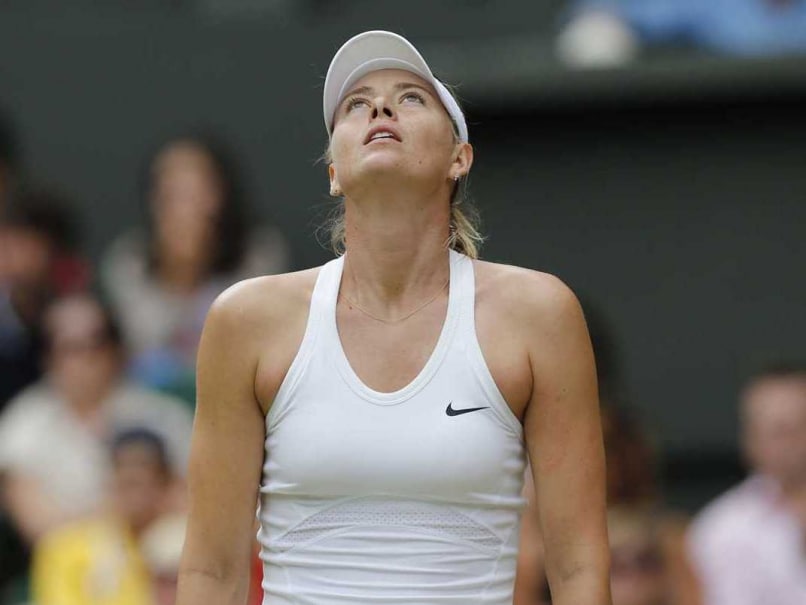 Maria Sharapova reacts after being dumped out of the Wimbledon in 4th Round© AP
London:

Maria Sharapova suffered more Wimbledon heartache as the French Open champion crashed to a shock 7-6 (7/4), 4-6, 6-4 defeat against Germany's Angelique Kerber in the fourth round on Tuesday.

Sharapova famously won Wimbledon aged 17 in 2004, but she has struggled to emulate that feat for much of the last decade and this was another dispiriting experience for the Russian as the ninth seed sealed a stunning Centre Court triumph on her seventh match point.

The world number five arrived at the All England Club fresh from her second Roland Garros title last month, but she has now failed to make it past the last 16 in seven of her last eight appearances at Wimbledon.

Kerber, who reached the last four in 2012, will face Canada's star Eugenie Bouchard, a winner against the German in the French Open fourth round recently, on Wednesday for a place in the semi-finals.

Comments
Topics mentioned in this article
Maria Sharapova Wimbledon 2014 Tennis
Get the latest updates on ICC Women's Cricket World Cup 2022 and IPL 2022, check out the Schedule , Live Score and IPL Points Table. Like us on Facebook or follow us on Twitter for more sports updates. You can also download the NDTV Cricket app for Android or iOS.