Many may feel that he is past his prime but Roger Federer has a chance to make a solid mark once again in this year's Wimbledon. 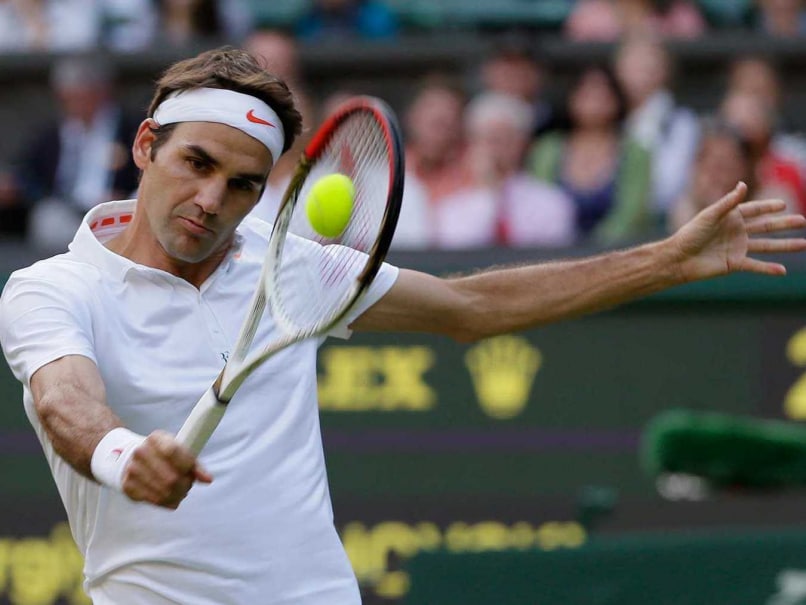 Back to the top? Roger Federer would look to make the most of the self doubt that both Rafael Nadal and Novak Djokovic are currently experiencing.© AP
London:

Rafael Nadal and Novak Djokovic enter Wimbledon plagued by injury fears and self-doubt, leaving Roger Federer convinced that this could be a golden opportunity to capture a record eighth title.

But his last two visits have been humiliating disasters.

The Spaniard suffered his first-ever opening round exit at a Grand Slam in 2013 to Belgian journeyman Steve Darcis, who was ranked 135 and has not won a main tour match since.

Twelve months earlier, the world's 100th best player, big-hitting Lukas Rosol, put him out in the second round, a defeat which precipitated a seven-month absence from the sport for the man from Mallorca.

Rosol could be a second round opponent this year.

The 28-year-old Nadal hinted at another Wimbledon letdown in the immediate aftermath of his triumph over Djokovic in the French Open final two weeks ago, when he claimed his 14th major, and this weekend hinted at more trouble to come.

"I've said before this is really the most dangerous tournament of the year," said Nadal, who has been seeded second despite his world number one status.

"When I arrive at Roland Garros I have already played for one month on clay. I played a lot of matches. So more or less I can imagine how I am going to play.

"Here, especially the beginning of the tournament, the courts are a little bit faster. The feeling on court is a little bit strange for everybody. The match is decided in a few balls, so you need to convert the small opportunities that you have."

Nadal, who faces Slovakia's Martin Klizan in the first round, suffered an opening exit on grass at Halle last week, a straight-sets defeat by German world number 85 Dustin Brown.

World number two Djokovic, who won his only Wimbledon title in 2011 and was runner-up to Andy Murray in 2013, has not played a grasscourt warm-up event since 2010.

The 27-year-old Serb won the last of his six majors at the Australian Open in 2013 and his latest thwarted attempt to win a first French Open represented his seventh defeat in 13 finals at the majors.

Djokovic has been handed the top seeding for Wimbledon and starts against Kazakh journeyman Andrey Golubev, who he has defeated twice in as many meetings.

But he admits he still fears that a right wrist injury may return to haunt him.

"Right now I don't feel any pain. But I felt like when I'm changing surfaces, especially from clay to grass, in the opening few days of the practice here got a little bit of a strange sensation in the wrist," he said.

Murray, having become the first British man since Fred Perry in 1936 to win Wimbledon when he trounced Djokovic in straight sets last year, goes into the tournament with his form also giving cause for concern.

The world number five, who recently hired Amelie Mauresmo as coach, hasn't reached another final since his moment of history 12 months ago and lost in the third round at Queen's Club last week to the 35-year-old Czech, Radek Stepanek.

"The difference between this year and last year is that I've played a lot of matches on clay in the last couple of weeks this time," said Murray, who made the semi-finals at the French Open, losing to Nadal, and who faces Belgium's David Goffin in the Wimbledon first round.

"Last year I had about a week to 10 days' preparation on grass before Queen's."

Murray has been seeded third, above seven-time champion Federer, who may have more reasons for being confident about an eighth title, having captured the Halle grasscourt trophy for the seventh time.

The 32-year-old, who won the last of his 17 majors at Wimbledon in 2012, hopes his success in Germany is a sign of things to come in south-west London.

"On grass, I feel like if I play my game it's more on my racquet. I feel I have a very good chance again this year," said Federer, who starts against Italy's Paulo Lorenzi who has never won a match at a major.

Last year, Federer was knocked out in the second round by Ukraine's world number 116, Sergei Stakhovsky, ending his run of 36 straight Grand Slam quarter-finals.

Should he triumph in London, Federer would succeed Arthur Ashe as the oldest men's champion in the Open Era and break free of his seven-title tie with Pete Sampras.

Comments
Topics mentioned in this article
Roger Federer Rafael Nadal Novak Djokovic Wimbledon 2011 Tennis Wimbledon 2014
Get the latest updates on India vs Australia and check out  Schedule, Results and Live Score. Like us on Facebook or follow us on Twitter for more sports updates. You can also download the NDTV Cricket app for Android or iOS.