Eugenie Bouchard's 7-6 (7/5), 7-5 win against Alize Cornet propelled her into the fourth round of Wimbledon. 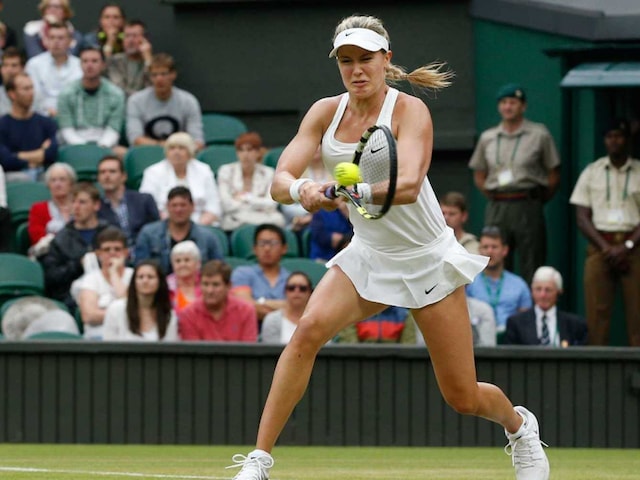 Eugenie Bouchard of Canada plays a return to Alize Cornet of France during their women's singles match.© AP
London:

Canadian star Eugenie Bouchard booked her first appearance in the Wimbledon quarter-finals as the 13th seed defeated Alize Cornet 7-6 (7/5), 7-5 in the fourth round on Monday.

The 20-year-old underlined her growing reputation by seeing off French 25th seed Cornet, who had caused one of the great Wimbledon upsets in the previous round when she defeated world number one Serena Williams.

After reaching the semi-finals at the Australian and French Opens already this year, Bouchard, a junior Wimbledon winner in 2012, will aim to make it three in a row at the majors when she faces either world number five Maria Sharapova or German ninth seed Angelique Kerber in the last eight.

Comments
Topics mentioned in this article
Eugenie Bouchard Alize Cornet Wimbledon 2014 Tennis
Get the latest updates on IPL 2020, check out the IPL Schedule for 2020 and Indian Premier League (IPL) Cricket live score . Like us on Facebook or follow us on Twitter for more sports updates. You can also download the NDTV Cricket app for Android or iOS.