Three years after winning her first Wimbledon title, Petra Kvitova repeated the assault on the sport's latest poster girl in just 55 minutes, the shortest final since 1983. 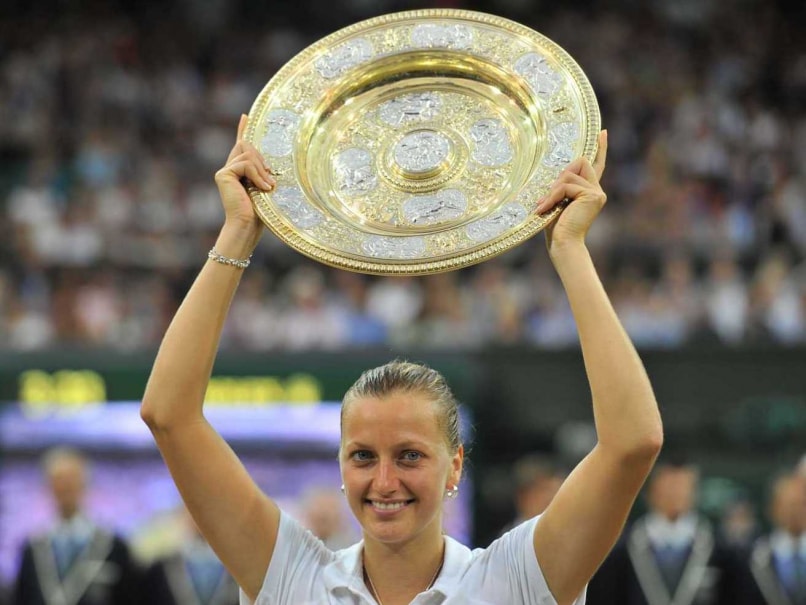 Three years after the tall, shy Czech sent Maria Sharapova crashing to a similar one-sided defeat in the final, she repeated the assault on the sport's latest poster girl in just 55 minutes, the shortest title match since 1983.

After that triumph, Kvitova struggled to live up the hype and expectations and hadn't returned to a Grand Slam final since.

"I hope to be ready now after this -- it will hopefully be a lot easier for me," said the 24-year-old.

"I had a great tactic from my coach (David Kotyza), he always knows what is wanted. It's great to be back and win the trophy.

"I had played one final before but you never know if it's going to happen again. But all my team helped me to come back and win the trophy."

A tearful Kvitova blasted 28 winners past the hapless Bouchard who hit just eight while the Canadian, the first player from her country to make a Grand Slam singles final, won just 13 points off the Czech's serve.

She also dedicated her win to her father, Jiri.

"It's my dad's birthday tomorrow, so this is for him."

"This is just so amazing."

Bouchard, who was junior champion just two years ago, was playing in only her sixth Grand Slam tournament, but had been tipped as a potential champion in a final which for the first time featured two players born in the 1990s.

"I'd like to congratulate Petra. She's played fantastic for the last two weeks. It was really tough for me but I am proud of the way I played," said the Canadian.

"I love this tournament, I love coming to Wimbledon so thanks guys for your support.

"I feel it's a step in the right direction. I don't feel as if I deserve all your love today but I still appreciate it."

Comments
Topics mentioned in this article
Petra Kvitova Wimbledon 2014 Tennis
Get the latest updates on ICC T20 Worldcup 2022, check out the Schedule and Live Score. Like us on Facebook or follow us on Twitter for more sports updates. You can also download the NDTV Cricket app for Android or iOS.