Who is Nick Kyrgios, the Slayer of World No.1 Rafael Nadal?

Nick Kyrgios' improbable victory against World No.1 Rafael Nadal at Wimbledon 2014 set up a quarter-final against huge-serving Canadian eighth seed Milos Raonic for him, sending the Australian media wild. 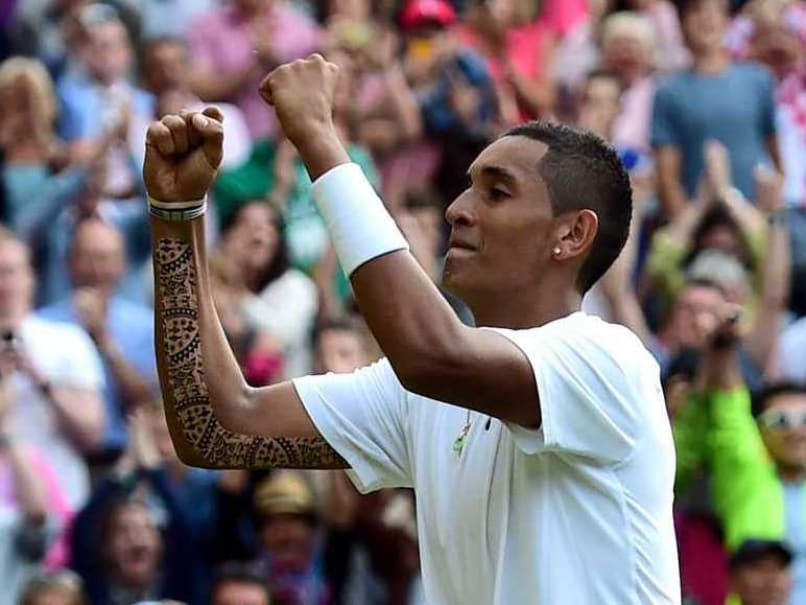 Sports-mad Australia hailed Wimbledon sensation Nick Kyrgios as its new hero Wednesday, lavishing praise on "a good bloke" who has the game to beat the best.

"Game and confidence-wise, Kyrgios has it all."

The lanky Kyrgios, who gave up a promising career in basketball to focus on tennis, become the first wildcard in 10 years to make the last eight at the All England Club.

He is also the first player ranked outside the top 100 to defeat a world number one since Andrei Olhovskiy stunned Jim Courier in the Wimbledon third round in 1992.

"Australia, we have a new hero," said the Sydney Daily Telegraph.

"In a performance that reverberated from the heart of the All England Club across the world, the 19-year-old from Canberra has pulled off one of the greatest upsets in tennis history."

Australia has been desperate to find a new tennis star with veteran Lleyton Hewitt having potentially played his last Wimbledon and Bernard Tomic widely seen as arrogant and not well liked.

"One doesn't want to gush unseemingly, but this bloke is the goods," said Herald columnist Peter FitzSimons, referring to him as "Our Nick".

"And no yellow Ferraris in sight!" he added in reference to Tomic.

"Though Australian tennis has laboured long, she has at last given birth to the first player since Pat Rafter that we won't have to learn to love, but can love from the first."

"Extraordinary performance @NickKyrgios. Australia couldn't be prouder of you - what a win & what an amazing attitude!," he tweeted.

The Canberra-based Kyrgios, whose father is a Greek-Australian and his mother a Malaysian-Australian, first picked up a racquet aged four and has never looked back.

"I've never been so shocked and overwhelmed at the same time," his younger sister Halimah, who was in the crowd, told reporters after the game.

"I actually cried, burst into tears and I've never felt so happy for someone my entire life."

Kyrgios said he was fired up by an interview his mum Norlaila gave to Australian television before the match saying she believed Nadal was too good for him.

Comments
Topics mentioned in this article
Wimbledon 2014 Nick Kyrgios Tennis
Get the latest updates on ICC Women's Cricket World Cup 2022 and IPL 2022, check out the Schedule , Live Score and IPL Points Table. Like us on Facebook or follow us on Twitter for more sports updates. You can also download the NDTV Cricket app for Android or iOS.