Faced with a majestic Roger Federer fightback, Novaj Djokovic hit back in typically tenacious fashion to snatch his second Wimbledon trophy, although even he conceded it was hard to picture him winning after the Swiss great took that fourth set. 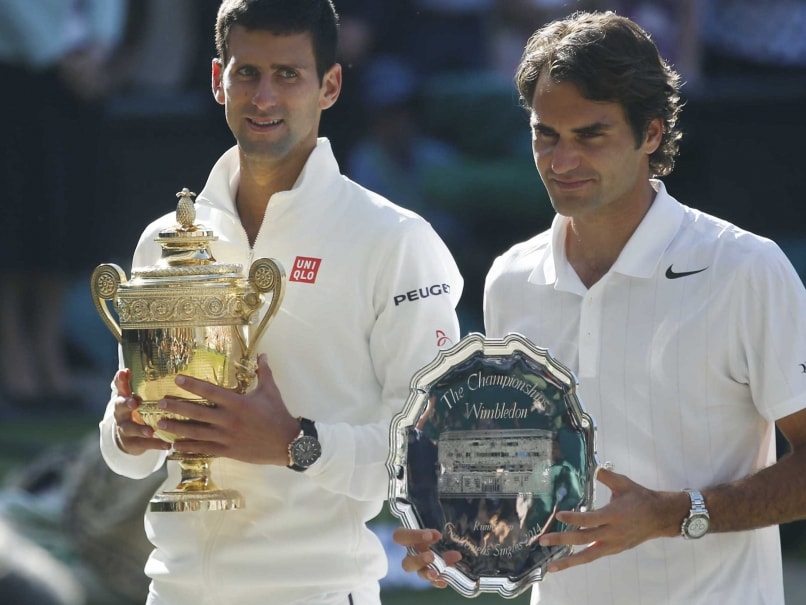 It was a cathartic victory for the Serbian world number two, who had lost five of his last six Grand Slam finals and his last three in a row.

Djokovic celebrated by getting down on his knees to eat a few blades of grass, as he had after winning Wimbledon the first time in 2011.

And the 27-year-old, thinking of the life-changing moments he has experienced over the last 12 months, was unable to contain his emotions any longer as the tears flowed before his on-court television interview.

An emotional Djokovic wept tears of joy as he dedicated his epic triumph to his former coach who died last year.

This was Djokovic's first Grand Slam title since his first coach Jelena Gencic, the woman he described as a second mother, died aged 76 last June.

Djokovic remembers holding aloft a pretend Wimbledon trophy after practice sessions with Gencic as a child and he was also quick to dedicate his latest All England Club victory to his fellow Serb and his fiancee Jelena Ristic, who is pregnant with the couple's first child.

"I dedicate this to my future wife and our future baby. I'm going to be a father soon. It's a great joy of life," Djokovic said.

"And last but not least to my first coach, who taught me all the basics of tennis, how to behave and everything I know about tennis, Jelena Gencic.

"Unfortunately she passed away last year and this is for her."

Djokovic's out-pouring of emotion was understandable after he went through a nerve-shredding afternoon that saw him blow a match point in the fourth set.

Faced with a majestic Federer fightback, Djokovic hit back in typically tenacious fashion to snatch the trophy, although even he conceded it was hard to picture him winning after the Swiss great took that fourth set.

"After dropping the fourth set it wasn't easy to regroup, I had to compose myself and find the energy to win," Djokovic said.

"That is why Roger has 17 Grand Slams, because in the important moments he comes up with his best shots.

"I don't know how I did it but I managed to win that fifth set.

"It is so special. The first tennis match I ever saw was Wimbledon when I was five and that image always stuck in my mind.

"It is the best tournament in the world and the one I always dreamed of winning."

Djokovic saluted Federer, who was frustrated in his bid to win a record eighth Wimbledon title and a first major crown since he last triumphed at the All England Club two years ago.

"I want to congratulate Roger for great tournament and a great fight. It was great match to be part of," Djokovic added.

"Roger I respect your career and everything you have done and thank you for letting me win today!"

For Federer there was only frustration at coming so close to a record-breaking victory at his favourite Grand Slam.

However, the 32-year-old felt he was fortunate to even get back into the match in the fourth set and saluted Djokovic for his surge to the finish line.

"It was a great final. I can't believe I made it to five sets. It wasn't looking good there for a while," Federer said.

"I thought it might be enough when I won the fourth, but you know going into a match with Novak it's going to be tough and rough physically.

"I can only say congratulations to Novak. It's well deserved."

Despite his disappointment, Federer insisted that retirement is not on his mind.

"I felt the love out there. Thanks a lot. See you next year."

Comments
Topics mentioned in this article
Novak Djokovic Roger Federer Wimbledon 2014 Tennis
Get the latest updates on ICC Women's Cricket World Cup 2022 and IPL 2022, check out the Schedule , Live Score and IPL Points Table. Like us on Facebook or follow us on Twitter for more sports updates. You can also download the NDTV Cricket app for Android or iOS.