Veterans Roger Federer and Novak Djokovic had to battle their way past challenges from younger opponents to set up a title clash in Wimbledon 2014. 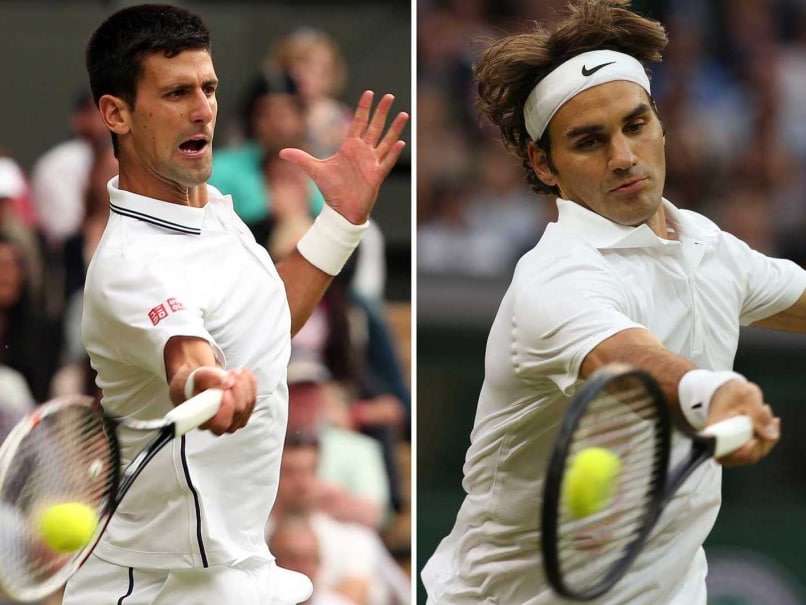 Novak Djokovic (L) and Roger Federer will face each other for the WImbledon 2014 crown.© AFP
London:

Roger Federer can become the oldest Wimbledon champion in the Open Era on Sunday when he targets a record eighth All England Club title in his 35th career meeting with Novak Djokovic.

Federer, 32, won the first of his 17 majors at Wimbledon in 2003 and the most recent in 2012 but his failure to return to a Grand Slam final since has had his critics penning his career obituary. (Also read: It's Edberg vs Becker again in epic coach's battle)

However, in a remarkable turnaround, Federer will become the oldest Wimbledon winner if he prevails, beating the previous Open Era mark of 31-year-old Arthur Ashe in 1975.

"It's not so important," he said of the age factor. "I would know it if it would be really important to me, but it's not."

What is important for the great Swiss is that he never lost faith in his ability to return to a Grand Slam final.

"I played all the slams, 50 plus now (59 in a row). I think for that you need to be, first of all, healthy physically, but also mentally ready to do it," he said.

"You've got to love the game, because if you don't love it, then it's just going to be too hard. I think that's kept me going quite easily actually, because I know why I'm playing tennis."

Only once have the pair met at Wimbledon when Federer won their 2012 semi-final in four sets.

Only once before have they clashed in a Grand Slam final -- at the 2007 US Open where Djokovic, making his first appearance in a final at the majors, lost in straight sets as the Swiss captured a fourth successive title in New York.

Federer appreciates that Djokovic has matured as a player and a person since then and their relationship, which was once fairly cool, has warmed to the extent that the two even exchange tips these days on fatherhood.

"He has a wonderful way of either redirecting or taking the ball early, taking pace from the opponent, even generating some of his own," said Federer.

"Novak can hurt you down the line or cross-court on both sides. His forehand, his serve, his movement clearly is what stands out the most. He's really been able to improve that and make it rock solid."

Djokovic has lost five of his last six Grand Slam finals and all of the last three -- to Andy Murray at Wimbledon in 2013, Rafael Nadal at the 2013 US Open and to Nadal again at this year's French Open.

Unlike Federer and Nadal, he is still without the career Grand Slam which every player craves having lost both his Paris finals to the world number one Spaniard.

"Losing three out of four last Grand Slam finals, it cannot be satisfying. I don't want to sound like I'm not appreciating to play finals of Grand Slams. It's already a huge result. We cannot take that for granted," said Djokovic.

"I know that I can win the title. I should have won a few matches that I lost in finals of Grand Slams in last couple years. But it's an experience. It's a learning process."

Both players have plenty of Wimbledon experience in their corners -- Federer has Stefan Edberg, the 1988 and 1990 champion as coach while Djokovic works with Boris Becker, the winner in 1985, 1986 and 1989.

"Stefan is clearly a piece of the puzzle," said Federer.

In the Djokovic camp, Becker shares duties with Marian Vajda, who has been at the Serb's side since his early days.

"We have a much better understanding now, and it shows on the court."

Comments
Topics mentioned in this article
Roger Federer Novak Djokovic Wimbledon 2014 Tennis
Get the latest updates on ICC Women's Cricket World Cup 2022 and IPL 2022, check out the Schedule , Live Score and IPL Points Table. Like us on Facebook or follow us on Twitter for more sports updates. You can also download the NDTV Cricket app for Android or iOS.