Nick Kyrgios, 19-year-old Australian wildcard who is ranked 144 in the world, said he got all fired up by his Malaysian mother Norlaila thinking he had no chance against the two-time Wimbledon champion and World No.1 Rafael Nadal. 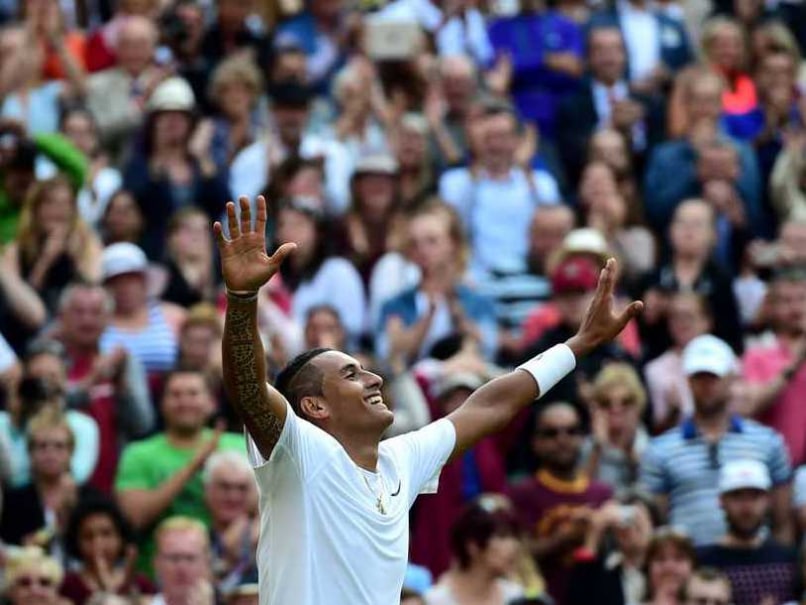 Wimbledon teenage sensation Nick Kyrgios said getting angry at his mum thinking he couldn't beat the world number one inspired his shock victory over Rafael Nadal.

The 19-year-old, ranked 144 in the world, said he got all fired up by his Malaysian mother Norlaila thinking he had no chance against the two-time Wimbledon champion.

"I was reading a comment that she thought Rafa was too good for me. It actually made me a bit angry. You would think he's in a whole other level compared to me. I just believed in myself that I could create some opportunities," the Australian said.

"I'm pretty happy. That's the biggest win of my career, and that's something I'm never going to forget. I'm going to draw so much confidence out of that no matter where I play now. To have that under my belt, it's massive," he said.

The wildcard performed a victory jig on the Centre Court, a dance move he called the "juicy wiggle".

The teenager did not have time to speak to his mum on the telephone but said: "I'll just text her a smiley face."

"I've no girlfriend. My family have rotated from home. I get homesick pretty quickly if I don't see them. I have my sister and my dad here at the moment. I think they've been good enough to come, visit me, make sure I'm okay."

Kyrgios next faces the huge-serving Canadian eighth seed Milos Raonic on Court One on Wednesday for a place in the semi-finals.

"I'm just a normal kid, 19-year-old. I play a lot of Xbox. I brought my Xbox with me. Never did I think a week ago I was going to make the quarter-finals of Wimbledon in my first appearance," he said.

Kyrgios said appearing on the giant show courts did not faze him one bit.

"At that stage you just think about all the work you put in. You know if you believe in yourself. Especially with my serve, if I just go after it, hit the right spots, I'm going to have a pretty good shot to close out a match."

Three-time 1980s Wimbledon champion John McEnroe, himself a feisty youth in his heyday, reckons Kyrgios can win the whole tournament, but the Australian is trying not to get ahead of himself.

"I'm always going to have a style of game that's aggressive, having an aggressive serve, really take control from the baseline. To be able to play my best tennis, that's how I'm going to have to play.

"I am going to have to play free, back myself under pressure. That's going to give me the best chance to win matches.

Kyrgios wants to draw on the fighting spirit of Australia's Grand Slam winners as he makes what will now be a certain surge into the world's top 100.

"You look at the Australian culture of what it was back when Lleyton Hewitt was a champion, Pat Rafter was a champion. They were such fearless competitors. I want to start bringing that back into the sport, especially for Australian tennis," he said.

Comments
Topics mentioned in this article
Wimbledon 2014 Nick Kyrgios Rafael Nadal Tennis
Get the latest updates on ICC Women's Cricket World Cup 2022 and IPL 2022, check out the Schedule , Live Score and IPL Points Table. Like us on Facebook or follow us on Twitter for more sports updates. You can also download the NDTV Cricket app for Android or iOS.