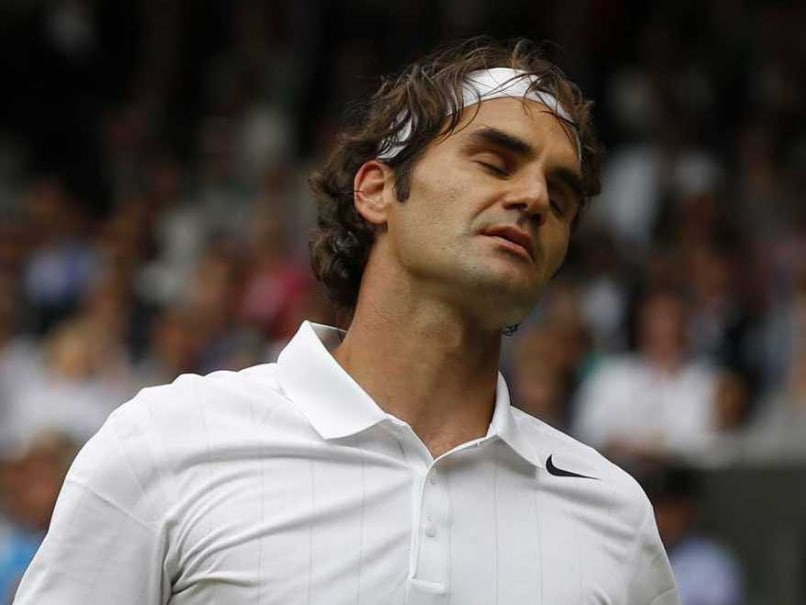 Roger Federer insists he expects to challenge for Grand Slam titles for years to come despite his Wimbledon heartache because there is no serious threat from the next generation.

The 32-year-old's defeat left him with his 2012 Wimbledon triumph as his only Grand Slam crown in his last 18 attempts. (Also read: Thank you Roger for letting me win, says Djokovic)

His last major success outside the grasscourt Grand Slam came at the 2010 Australian Open and by the time he returns to Wimbledon next year Federer will be almost 34.

Yet the 17-time Grand Slam champion is convinced his strong showing at Wimbledon proves he will continue to compete with Djokovic, Rafael Nadal and Andy Murray for the sport's major prizes for the foreseeable future, especially while much-touted youngsters like Grigor Dimitrov, Milos Raonic and Kei Nishikori continue to underachieve.

"I don't feel a huge threat from them. There's many good players from 5 or 6 to 20. But they're also somewhat exchangeable from 30 or 40," Federer said.

"There's a lot of dangerous players around there. But I feel like if I'm playing well I can control the field to a degree.

"Clearly there's never a guarantee. But I do believe the top guys are the ones we know and who are still going to be deciding outcomes of the bigger tournaments, like the Masters 1000s and the Grand Slams."

Bulgaria's Dimitrov, 23, and Canada's Raonic, 23, made it to their first Grand Slam semi-finals at Wimbledon, but both came up short against Djokovic and Federer respectively.

In contrast, Nadal won his first Grand Slam aged 19, Federer at 21 and Djokovic at 20.

"We all made the breakthrough much earlier than most of the guys," Federer said.

"Rafa was incredible as a teenager. I was better at 21. That's when I started to make my rise.

"The other guys we're talking about are all 22, 23 and have been already on tour for five years."

Federer was captured wiping away a tear of frustration during Sunday's post-match ceremony and it is hard to imagine he will get many better chances to add to his Grand Slam haul.

He enjoyed a undemanding route to the final and came up against an opponent in Djokovic who hadn't been at his best for much of the tournament.

But, try as he might, Federer couldn't deliver the knockout blow that would have made him the oldest man to win Wimbledon in the Open Era.

"As you can imagine, I'm very disappointed not being rewarded with victory. Novak deserved it at the end clearly, but it was extremely close," Federer said.

"The disappointment of the match itself went pretty quickly. "I was sad for a few minutes, but when I saw my kids there with my wife and everything. That's what touched me the most, to be quite honest."

But, after struggling with back pain on and off for the last two years, Federer took encouragement from lasting the full duration of a major tournament without any fitness problems.

Armed with renewed self-belief and a desire to make amends for only his second Wimbledon final defeat, Federer has set his sights on making a strong run at the US Open in August.

"I'm very happy to see that with feeling normal I can produce a performance like I did the last two weeks," he said.

"That clearly makes me believe that this was just a stepping stone to many more great things in the future. It's all right there.

"It's been a very positive last couple of weeks for me from when I won Halle.

"I'm looking toward a vacation and working out hard again to get myself in shape for the American summer."

Comments
Topics mentioned in this article
Wimbledon 2014 Roger Federer Tennis
Get the latest updates on ICC Women's Cricket World Cup 2022 and IPL 2022, check out the Schedule , Live Score and IPL Points Table. Like us on Facebook or follow us on Twitter for more sports updates. You can also download the NDTV Cricket app for Android or iOS.