As the tour moves to the YS Rajasekhara Reddy ACA-VDCA Cricket Stadium in Visakhapatnam, the contest between the teams - which seemed rather predictable to begin with - has acquired a more exciting taste following a couple of manic finishes in the lead-up to this game. 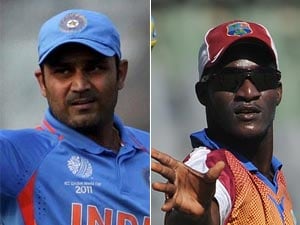 As the tour moves to the YS Rajasekhara Reddy ACA-VDCA Cricket Stadium in Visakhapatnam, the contest between the teams - which seemed rather predictable to begin with - has acquired a more exciting taste following a couple of manic finishes in the lead-up to this game. A draw with the scores level in the third Test and a nail-biting finish in Cuttack, during which Varun Aaron and Umesh Yadav provided an insight into the intricacies of human behaviour under pressure, have spiced up a home season characterised by one-sided contests and poor crowds.

Visakhapatnam should not worry about poor crowds - it's only hosted three internationals in six years and it would be an exception if the game doesn't entertain. A high-scoring venue, teams have gone past 250 in each of the six ODI innings here - twice while chasing successfully. In what could be a battle of the bats at a venue that shot MS Dhoni into the limelight in 2005, the Indian top order will not want to fall victim to the "soft dismissals" that their captain Virender Sehwag criticised them for after the Cuttack game. Even more so for West Indies. They were troubled by India's seamers in Cuttack, but are now at a venue where the bowlers' skills and variations have been of limited value in past games.

The decision to rest MS Dhoni has given Parthiv Patel an opportunity to stake his claim for a place in the limited-overs side to Australia, where he toured as the first-choice wicketkeeper in 2003-04. He didn't have the best home series against England, getting starts but not going beyond 38 in four games. His recent form, though, has been good. He scored centuries in successive games for Gujarat in the Ranji Trophy, and will hope to extend this run into international cricket.

Lendl Simmons didn't play in the Test series against India, left out of the squad after Adrian Barath returned from injury. An attacking batsman upfront, Simmons, while not an automatic pick in the longest format, has been in good touch in the 50-overs version. In 2011, he averages 56.41 in 13 games with seven half-centuries and one ton. He took a while to get going in Cuttack before falling for 19. Will Vizag be different?

Manoj Tiwary and Ajinkya Rahane are part of the squad but unless there are niggles or injury concerns, India could go in with the same team that won in Cuttack.

Legspinner Anthony Martin had some success against India when they toured West Indies earlier in the year, but will the visitors go in with Sunil Narine for this match? An offspinner, he made a name for himself during the Champions League T20. He dismissed Dhoni and Suresh Raina, and used a variation he calls the "knuckle ball" that takes the ball away from the right hander.

India's win in Cuttack was only their second by a one-wicket margin in ODIs. The previous instance was in Auckland in 2003, against New Zealand, when Ashish Nehra hit the winning runs.

Twenty years ago, on December 6, 1991, these two teams were involved in a tie, in Perth.

"There is no excuse for anybody not scoring runs."
Virender Sehwag wouldn't want to say that again in Visakhapatnam