We want to start new season with a bang: Krishnamachari Srikkanth

Chief selector Krishnamachari Srikkanth on Wednesday said he is confident that the Indian team would put behind its dismal show in England, Australia and Bangladesh and return to winning ways with a bang during the upcoming tour of Sri Lanka. 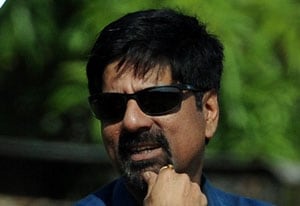 Chief selector Krishnamachari Srikkanth on Wednesday said he is confident that the Indian team would put behind its dismal show in England, Australia and Bangladesh and return to winning ways with a bang during the upcoming tour of Sri Lanka.

"We are looking forward to this particular season. Being the first tour of the season we really wanted the best possible team. Of course Sachin Tendulkar is not available. He's starting off from the New Zealand series. So we have selected the best available team based on the performance," said Srikkanth.

"I think it is a very good side. Don't forget we have a strong batting line up and good bowlers...(like) Zaheer Khan and everybody. We (selectors) are confident of doing very well in Sri Lanka," said Srikkanth after the selection panel members, along with coach Duncan Fletcher, sat down here to pick the one-day and Twenty20 team for the July 21-August 7 tour of Lanka.

"Of course we also have 20-20 World Cup coming (between September 18 and October 7 in Sri Lanka). We also have New Zealand coming for a series (sandwiched between the two visits to Lanka) and then England coming (end of year). We have a long season ahead and, by God's grace, we will come back to winning ways," said the former dashing opener.

The former India skipper said the selectors had a very healthy discussion with Zimabwean Fletcher about things that went wrong in the past season.

He said they also deliberated on what exactly happened on these foreign tours where Mahendra Singh Dhoni and his men were beaten in eight straight Tests and also failed to live up to their tag of World Cup champions.

"One good thing is that we had Duncan Fletcher with us. We had a lot of discussions about the pros and cons, about what happened, what did not happen, what's true and what's not true.

"It was a very healthy discussion with Duncan Fletcher. We wanted to sort out everything and make sure this season starts with a bang," he explained.

On why Tendulkar, the recently-nominated Rajya Sabha MP, skipped the tour comprising five ODIs and a lone T20 game against the hosts, Srikkanth said everyone appreciates the way Tendulkar has been pacing himself.

"No particular reason (for Tendulkar opting out). I am sure he must be aiming at the England and Australia series. It's going to be a long season. Sachin is pacing himself very well and it's very well appreciated," said Srikkanth.

Srikkanth said the selectors wanted continuity and saw young Virat Kohli as the future skipper, when asked why the Delhi youngster was retained as the team's vice captain.

"Virat Kohli has been appointed vice captain for the sake of continuity and by looking at the future point of view. Let's not forget that Virat, after being appointed vice captain, got two brilliant hundreds (in Australia) and has shown responsibility. We have taken everything into account."

The former player and 1983 World Cup-winning member refused to be drawn into a debate over the axing of all-rounders Irfan and Yusuf Pathan and Ravindra Jadeja and declared that the team members selected themselves.

"I don't want to talk about individuals, like why not X why not Y or Z? You should look at who is selected and what is available. Everybody should look at the performance of the guys who have been selected and you yourself will understand that the team is an automatic choice," he said.

Srikkanth said the selection panel would meet once again later this month to pick up probables for the Twenty20 World Cup in Sri Lanka.

"For choosing the Twenty20 probables, we have enough time probably till 20th of this month (to do so). We will talk internally and have the opinions of Duncan Fletcher and everybody. It will be announced later after we sit down again," he said.

It was learnt from sources that Dhoni could not attend the meeting as he is in the United States.