Sanjita Chanu had tested positive for anabolic steroid testosterone prior to the World Championships in November 17, 2018. 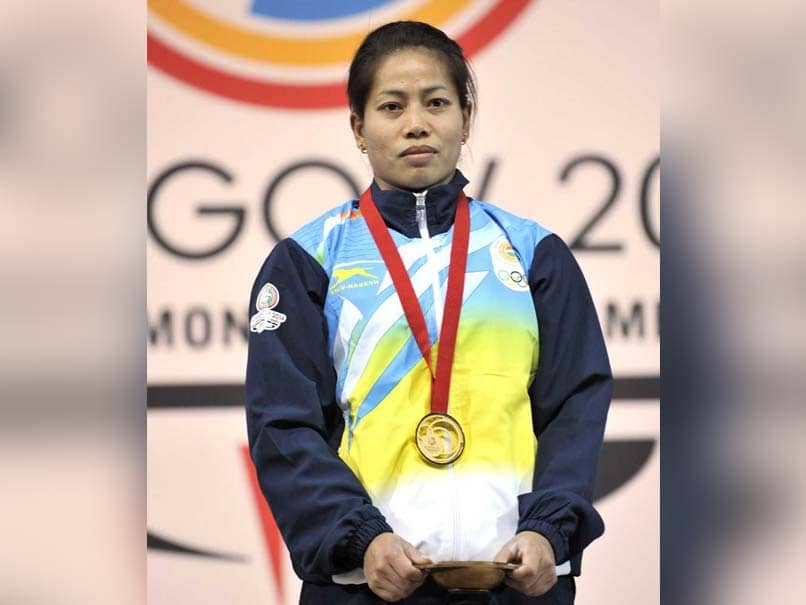 Sanjita Chanu had won a gold at the 2018 Commonwealth Games.© AFP

The International Weightlifting Federation (IWF) on Wednesday revoked the ban imposed on India's Commonwealth Games gold medallist Khumukcham Sanjita Chanu. The sport's apex body informed the India Weightlifting Federation (IWLF) and Sanjita of the development. "On the basis of the information at its disposal the IWF has decided that the provisional suspension of the athlete (Khumukcham Sanjita) shall be lifted as of today (22 January 2019)," the IWF legal Counsel Eva Nyirfa said in a letter.

"The IWF Hearing Panel will render its decision on the athlete's case in due course," it added.

Sanjita, who had won a gold in the women's 53kg category at the 2018 Commonwealth Games in Gold Coast, had tested positive for anabolic steroid testosterone as her urine sample was taken prior to the World Championships in November 17, 2018.

The sample was taken during an out-of-competition test prior to the World Championship in Anaheim (United States) in November last year.

She, however, got the backing of the Indian Weightlifting Federation (IWLF) general secretary Sahdev Yadav, who said he was confident of the Manipuri's innocence.

"We don't understand why the dope result took so long. After the sample was taken, she competed in the World Championship in November last and then she won a gold in the Gold Coast CWG in April. We will fight it out why this is happening," he said.

The 25-year-old Indian lifter was then put under provisional suspension in May last year.

In Gold Coast, Sanjita had set a new Commonwealth Games record with a lift of 84 kg in snatch and 108 kg in clean and jerk, to finish with a total of 192 kg.