Lead investigator Richard McLaren said the probe into the IWF's affairs under former president Tamas Ajan uncovered millions of dollars in missing money and 40 positive doping cases that had been hushed up. 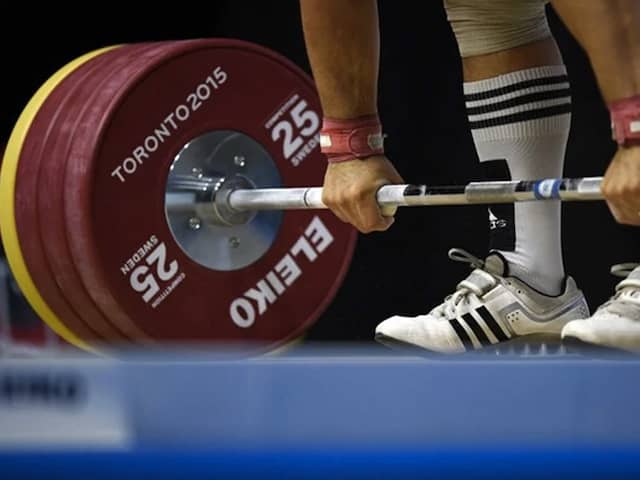 An investigation into the International Weightlifting Federation (IWF) found widespread corruption and dozens of covered-up drugs tests, officials said Thursday. Lead investigator Richard McLaren said the probe into the IWF's affairs under former president Tamas Ajan uncovered millions of dollars in missing money and 40 positive doping cases that had been hushed up. McLaren's report accused Ajan of an "autocratic, authoritarian" leadership style which had resulted in "dysfunctional, ineffective" oversight of the sport's governing body.

The report said Ajan had used a "tyranny of cash" to control the IWF during his decades-long reign, with the Hungarian boss directly pocketing doping fines and regularly withdrawing large sums from the organisation's coffers which remained unaccounted for.

"It is absolutely impossible to determine how much of the cash collected or withdrawn was used for legitimate expenses," an executive summary of the investigation reported.

A total of $10.4 million remained missing, the report said.

"Everyone was kept in financial ignorance through the use of hidden bank accounts," McLaren said. "Some cash was accounted for, some was not."

McLaren, who was also the lead investigator in the Russian drugs scandal in 2015, said the probe had also found 40 positive drugs cases buried in IWF records.

"This includes gold and silver medalists who have not had their samples dealt with," the report said.

"This information has been passed on to WADA for further investigation," it added citing a "culture of doping" that existed within weightlifting.

In addition to financial and doping irregularities, the McLaren report also uncovered corruption in the IWF's appointments process.

"The two most recent Electoral Congresses were rampant with vote buying for the President and senior level positions of the Executive Board," the report said.

The International Olympic Committee (IOC) described the findings of the McLaren investigation as "deeply concerning".

"The IOC will continue to support the efforts of the IWF and its interim president to fundamentally reform its governance and management," said an IOC statement.

"It's time for real reform at WADA – reform that will once and for all remove the foxes from guarding the henhouse," Tygart said.

Ajan stepped down as chief of the IWF in April following allegations of corruption made in the documentary "Lord of the Lifters" broadcast by German outlet ARD earlier this year.

The documentary alleged a "culture of corruption" had been established in the Olympic sport with prominent weightlifters rarely subjected to drugs tests and cash being taken by doping controllers to accept manipulated urine samples.

Ajan, 81, who had been at the IWF since 1976 serving 24 years as general secretary and the past 20 as president, denied the allegations.

Ajan insisted he had been the victim of "an unjust attack" by ARD.

"This film has completely ruined my life and 50 years of my work. A large part of my work has been about doping prevention," he said.

The report said Ajan had retained a firm grip on the sport's member federations through "patronage, reward and punishment."

"Ajan ran the IWF as if it was his own personal fiefdom or private company over which he had absolute control," the report said, noting that he controlled all withdrawals and deposits into the federation's main bank account.

The report detailed a history of lax accounting practices, noting that up until 2009, the work of the IWF's internal audit committee (IAC) had been a sham.

"According to a confidential witness, the yearly 'audit' consisted of the IAC going to Budapest, collecting $100 or a bottle of whiskey and Ajan would say 'Here you are, here are the books. Sign them and we go to dinner,'" the report said.