Mirabai Chanu won a gold medal at the World Championships. 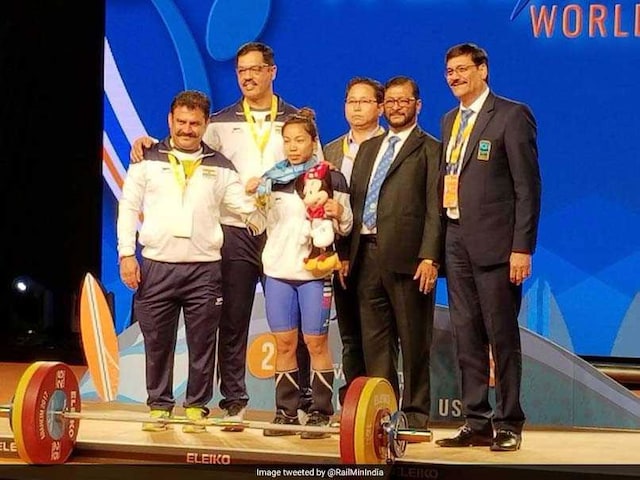 World champion Saikhom Mirabai Chanu revealed that she thought of quitting the sport after receiving flak for her failure to win a medal at the Rio Olympics. "I was really low after the Olympics. It took me a lot of time to get over the disappointment. I even thought of giving up the sport and stop training. The comments in social media, the criticism against my coach really hurt me," said Chanu, who recently became the second Indian after Karnam Malleswari to win a World Championship gold medal at the worlds.

"I was thinking day and night how to get things right. I decided to do better than what I was doing because I knew that is the only way to stop people from talking. That was the only way to get over the hurt."

The 23-year-old from Manipur clinched India's first gold at World Weightlifting Championship in 22 years after lifting a new world record of 194kg-85kg snatch and 109kg clean- and-jerk at Anaheim, USA last month. Chanu said she had to work on her technique and go for regular sessions with a psychologist to get over the loss and answer her detractors.

"I did really bad at the Olympics. I had failed in clean and jerk, so I discussed with my coach about it and brought few changes in my technique during the training," she said with a smile.

"My psychologist also played a big role. I used to go to my psychologist twice in a month but after the Olympics I started taking sessions every week and it really helped me."

Talking about the dope tests, Chanu said: "Every week, I am tested for doping by NADA and WADA takes my samples twice a month. After reaching Las Vegas, my blood and urine samples were taken and again it was collected during the championship also, so it was collected twice in a month."

Looking back at her Rio Games performance, Chanu said the big stage got to her and she became nervous when her turn came as an Olympic medal slipped through her fingers. "I had really bad luck in Olympics. I could have won a medal. At the Olympic trial I had scored 192, if I could have done that I would have won a silver but I couldn't. It was my first Olympics and I got nervous," she said.

Crestfallen after the Olympics, Chanu did not go home and decided to work on her clean and jerk at the National camp in Patiala, but the Indian hopes to visit her native place early next year.

"I will play at Railways event from December 11 and then there is National Championship in January. After that, I will speak to coach and hope to go home," she said. Now that she has erased the ignominy of the Rio Olympics, Chanu has her eyes trained on the Commonwealth Games and Asian Games next year.

"It was my dream to win a gold at World Championship. Now that I have achieved it, my target is to win a medal at Commonwealth Games, Asian Games and 2020 Olympics," she signed off.