Weightlifter Polina Guryeva, who won silver for Turkmenistan at the Summer Games in Tokyo in the women's 59 kg category, was gifted an apartment, a car and $50,000 in cash as she became country's first-ever Olympic medallist. 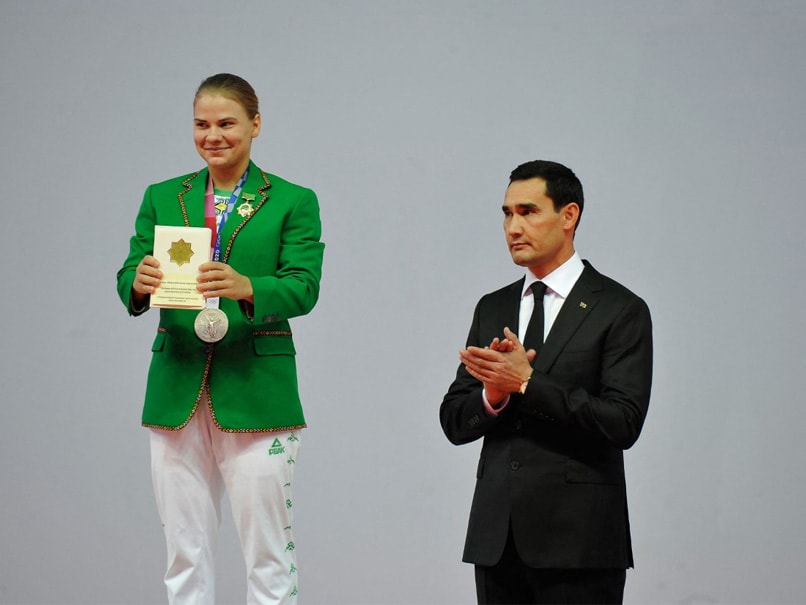 Turkmenistan's first-ever Olympic medallist, weightlifter Polina Guryeva, was gifted an apartment, a car and $50,000 in cash for her exploits at a ceremony in the Central Asian country's capital Ashgabat on Saturday. Guryeva, 21, won silver for Turkmenistan at this summer's Games in Tokyo in the women's 59 kg weightlifting competition. It was the ex-Soviet country's only medal at the Games and the first in its history. Turkmen shooter Marat Niyazov previously won a silver medal representing the Soviet Union at the 1960 Games in Rome.

The celebrations of Guryeva's victory were led by Honoured Coach of Turkmenistan, Serdar Berdymukhamedov, the 39-year-old son of the country's hardline leader Gurbanguly Berdymukhamedov.

At the ceremony in Ashgabat, the younger Berdymukhamedov handed Guryeva, who is ethnic Russian, three white-lacquered wooden boxes.

One contained keys to a three-room apartment in the capital city, the second held keys to a white Lexus SUV and the third $50,000 in cash.

"I cordially congratulate you on this significant event, testifying to the growth of the authority of independent Turkmenistan in the international sporting space," Berdymukhamedov told Guryeva.

He said her victory "increased the world fame, prestige and authority of the sovereign homeland and the Turkmen people."

"I dedicate this medal to our president and the Turkmen people in honour of the 30th anniversary of the independence of Turkmenistan," Guryeva said.

Turkmenistan, a gas-rich nation of around six million people famous for its outlandish displays, gained independence from former master Moscow in 1991.

The secretive country is regularly cited by rights groups as one of the world's worst abusers of civic, religious and press freedoms.

The younger Berdymukhamedov has received a number of promotions this year making him the second most powerful figure in the country after his father and fuelling speculation he will eventually replace the elder as leader of the autocratic country.

Comments
Topics mentioned in this article
Weightlifting
Get the latest updates on ICC Women's Cricket World Cup 2022 and IPL 2022, check out the Schedule , Live Score and IPL Points Table. Like us on Facebook or follow us on Twitter for more sports updates. You can also download the NDTV Cricket app for Android or iOS.