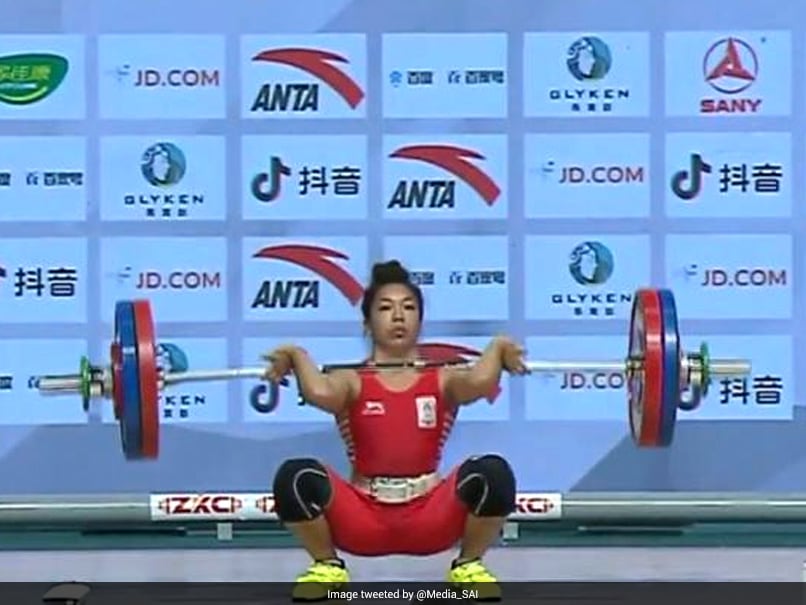 Former world champion Mirabai Chanumade a splendid return to the weightlifting arena, setting a new world record in clean and jerk while also bettering her own national record en route winning a bronze medal at the Asian Weightlifting Championships in Tashkent on Saturday. Chanu also confirmed her Tokyo Olympic spot as she has now competed in the six mandatory qualifying events.

While the earlier clean and jerk world record was 118kg, Chanu's personal best total in 49kg was 203kg (88kg+115kg) at the National Championship in February last year.

The gold medal went to Hou Zhihui of China who created a new world record in snatch and total weight with an effort of 213kg (96g+117kg) while her compatriot Jiang Huihua clinched the silver, lifting 207kg (89kg+118kg) in the gold level Olympic qualifier.

Chanu was off to a shaky start as she failed to lift 85kg in her first two snatch attempts. The dimunitive Manipuri then lifted 86kg in her final attempt.

Chanu began her clean and jerk with a 113kg and then lifted 117kg successfully for her personal best.

The Indian then bettered her own performance, hoisting 119kg, more than twice here body weight.

Comments
Topics mentioned in this article
Weightlifting
Get the latest updates on T20 World Cup, check out the T20 World Cup Schedule and Live Score . Like us on Facebook or follow us on Twitter for more sports updates. You can also download the NDTV Cricket app for Android or iOS.