Mirabai Chanu had clinched the gold at the Weightlifting World Championships in 2017 but since then a medal at the event has eluded her. 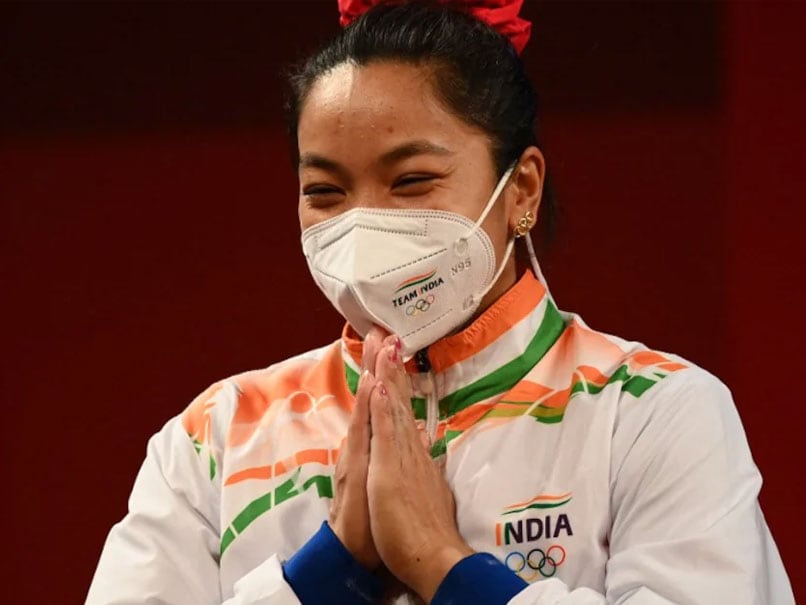 After the high of the Tokyo Games, India's Olympic silver medallist weightlifter Mirabai Chanu has turned her focus on winning a second world championship title and is ironing out the chinks in her armour ahead of the event. Chanu had clinched the gold at the world championships in 2017 but since then a medal at the event has eluded her. She was unable to defend her title a year later after she decided to give the tournament a miss due to a back issue and in 2019, she missed the bronze by a whisker.

The event was cancelled last year due to the COVID-19 pandemic but it is slated to take place between December 7 to 17 in Tashkent and Chanu is all geared up.

"I am working on my shortcomings and weakness in the technique in training. I will be trying my best to become a world champion a second time," the Chanu told PTI.

Chanu, who holds the world record in the clean and jerk event in the 49kg category after she successfully heaved 119kg in the Asian Championship last year, has struggled to stay at par with her Chinese opponents in the snatch section.

The 27-year-old has, in her own words, struggled while lifting weights in the snatch due to an imbalance that affects her right shoulder and back.

"I have a world record in clean and jerk so my will focus on snatch in the worlds championships. I have to increase me wight in the snatch section," she said.

Chanu had also consulted Dr. Aaron Horschig, a former weightlifter-turned-physical therapist and strength and conditioning coach in the US, who helped her immensely in winning the silver medal at the Tokyo Olympics. However, Chanu still feels the pain while lifting heavy weights.

"The issue is sorted, but sometimes, I still get pain in the right shoulder and back because of the imbalance. But there is a lot of improvement from before. "Right now there is no plan to go to the US because there is World Championship in December. After this we will maybe plan. I am consulting him online what to do."

The diminutive Manipuri, whose personal best is 205kg, said she is working to catch up with her rivals by next year. Olympic gold medallist Hou Zhihui of China currently holds the world record (total weight) with 213kg.

"I have to go above 210kg anyhow. 213kg is the world record right now so I'm working to touch it. My aim is to reach 213-214kg till the Commonwealth Games and Asian Games."

Weightlifting could lose its place at the 2024 Paris Olympics because of long-term doping problems and governance issues. Asked how it could impact the sport in the country, Chanu said "it won't be nice."

"Every athlete dreams of participating in the Olympics. If it happens then we can't really do anything. Maybe people will stop taking up the sport but I don't know. The Olympics are huge."

Part of Adidas' famous ''Impossible is Nothing'' campaign, Chanu says the campaign inspires her to keep getting better.

"This campaign is very special to me. I feel everything is possible in life. Whatever you want in the future, you think you can do it.

"The thought behind the campaign that we can do anything if we put our mind to it inspires me to do better every time," she said.

Comments
Topics mentioned in this article
Mirabai Chanu Weightlifting
Get the latest updates on ICC T20 Worldcup 2022, check out the Schedule and Live Score. Like us on Facebook or follow us on Twitter for more sports updates. You can also download the NDTV Cricket app for Android or iOS.