Australia batter Steve Smith was "surprised" that Stuart Broad was in England's playing XI in just one of the three Ashes Tests that have been played so far in the ongoing series. 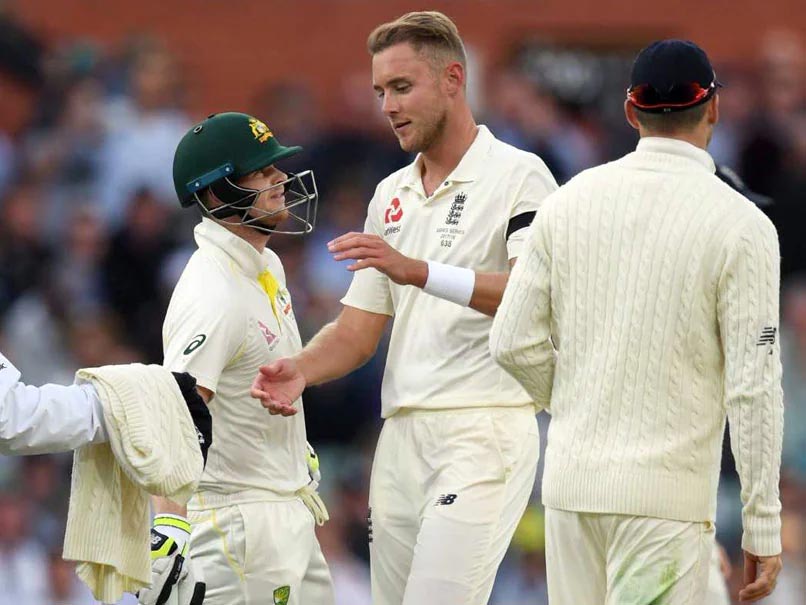 Australia batter Steve Smith was "surprised" that Stuart Broad was in England's playing XI in just one of the three Ashes Tests that have been played so far in the ongoing series. Broad was kept out of the first Test in Brisbane but was brought back into the XI in the pink ball Test in Adelaide, only to be dropped again for the third Test in Melbourne. Smith, who captained Australia in the day-night Test in the absence of Pat Cummins, said Broad "bowled well" in Adelaide and there is always a contest whenever he has the ball in his hand.

"We have been a bit surprised. Two wickets that would have suited him pretty well. He bowled well in Adelaide. He's always been a good contest for me. He's got me out quite few times, I've scored some runs off him so it's been a decent battle," Smith was quoted as saying by cricket.com.au according to news agency PTI.

With England 0-3 down and in desperate need of a turn around to avoid a whitewash in the five-match series, Broad made a return to the XI for the fourth Test in Sydney starting on Wednesday.

"They've got quality bowlers. Him and Jimmy (Anderson) together are two world class performers, they have been for a long time.

"Maybe we'll see them out here together this week, I'm not sure," Smith added.

Smith's comments come a few days after teammate David Warner, who struggled against Broad in England in 2019, said "from our perspective, I think it's great he is not playing," after the MCG Test.

The southpaw has been dismissed by Broad a remarkable seven times in five Tests in 2019.

England's selection in the series has received sharp criticism with questions also being raised over skipper Joe Root's leadership and head coach Chris Silverwood, who is also responsible for selecting the squads.

While Anderson and Broad were rested on a bowler-friendly pitch in Brisbane, fellow quick Mark Wood and spinner Jack Leach were dropped from the Adelaide Test where the pitch aided spinners.

Down 0-2, four changes were made for the Boxing Day Test but to no avail as England succumbed to an embarrassing innings and 14-run loss inside three days at the MCG.

Steven Smith The Ashes, 2021/22 Cricket
Get the latest updates on ICC Women's Cricket World Cup 2022 and IPL 2022, check out the Schedule , Live Score and IPL Points Table. Like us on Facebook or follow us on Twitter for more sports updates. You can also download the NDTV Cricket app for Android or iOS.