Ashleigh Barty is the biggest name so far to withdraw from the tournament, with her decision coming as the United States marked a grim milestone when its COVID-19 deaths topped 150,000. 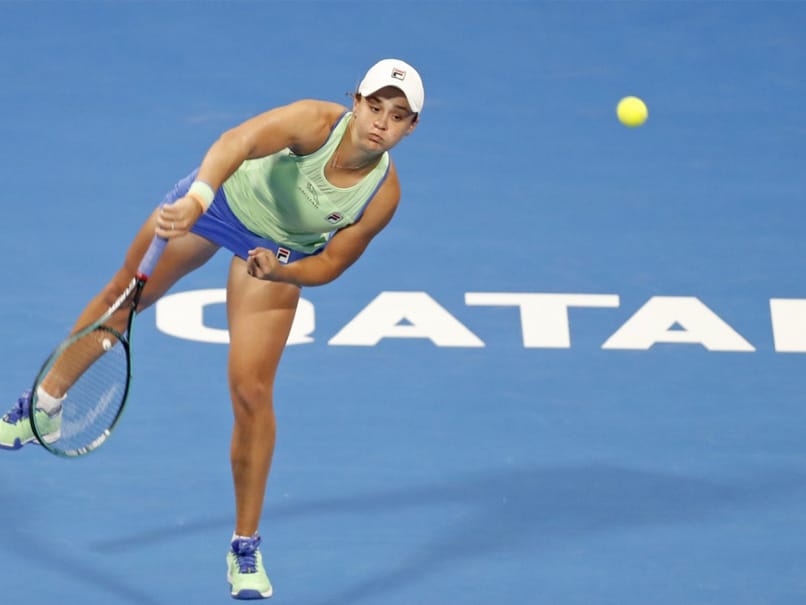 Ashleigh Barty surged to the top of the rankings last year and has stayed there since.© AFP

World number one Ashleigh Barty pulled out of the US Open Thursday over "significant risks" from the coronavirus pandemic in a major blow for the Grand Slam, which is scheduled to start in New York on August 31. The Australian is the biggest name so far to withdraw from the tournament, with her decision coming as the United States marked a grim milestone when its COVID-19 deaths topped 150,000. "My team and I have decided that we won't be travelling to the US for the Western and Southern Open and the US Open this year," she said in a statement to Australian media. "I love both events so it was a difficult decision but there are still significant risks involved due to COVID-19 and I don't feel comfortable putting my team and I in that position.

"I wish the USTA all the best for the tournaments and look forward to being back in the US next year," she added.

Her decision came despite the New York area keeping coronavirus cases at a relatively low level since spiking in March and April while areas such as Florida, Texas and California have become hotspots.

There have been more than 4.4 million detected infections in America so far.

It was not unexpected from Barty, who last month expressed concerns about the US Open going ahead, and she won plenty of support Thursday on social media for her "sensible" decision to give it a miss.

The 24-year-old, who surged to the top of the rankings last year and has stayed there since, said she would continue to monitor the situation before deciding whether to travel to Europe to prepare for a defence of her French Open crown.

"I will make my decision on the French Open and the surrounding WTA European tournaments in the coming weeks," she said, with Roland Garros due to start on September 27.

- Reshuffled calendar -
Barty was one of several leading women players not on the entry list Wednesday for the ATP and WTA Western and Southern Open, a tune-up event for the US Open from August 20-28 in a quarantine environment without spectators at Flushing Meadows.

Whether they play the US Open will be seen.

In contrast, world number one Novak Djokovic, the reigning Wimbledon and Australian Open champion, and second-ranked Rafael Nadal, the current US Open champion, were among the men's entries, signalling their likely intent to play the Grand Slam.

Also on the list was Barty's fellow Australian Nick Kyrgios, who last month blasted the ATP as "selfish" for pressing ahead with plans for the US Open.

The opinionated Kyrgios has since waged a running battle on social media with some of the top names in the game who played at Djokovic's ill-fated Adria Tour tennis exhibition last month, blasting their "stupidity" and risky behaviour.

Calendars have been reshuffled with the WTA tour scheduled to restart on August 3 in Palermo, Italy.

The men are set to get back under way at the Western and Southern Open, one of the few times since the tournament began in 1899 that it has not been held in the Cincinnati area.

Comments
Topics mentioned in this article
Ashleigh Barty Tennis
Get the latest updates on Fifa Worldcup 2022 and check out  Fifa World Cup Schedule, Stats and Live Cricket Score. Like us on Facebook or follow us on Twitter for more sports updates. You can also download the NDTV Cricket app for Android or iOS.