Wimbledon: Pumped Up Rafael Nadal Breezes Into Second Round

Rafael Nadal, the 10th seed, faces Germany's Dustin Brown for a place in the last 32. 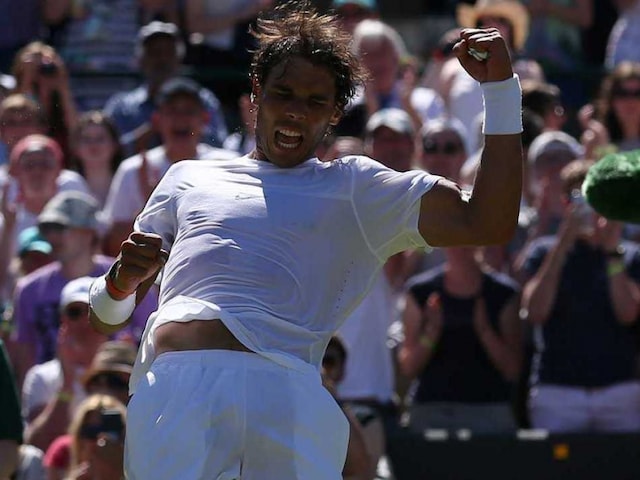 Nadal, the 10th seed, faces Germany's Dustin Brown for a place in the last 32.

Meanwhile, seven-time champion Roger Federer eased into the Wimbledon second round with a 6-1, 6-3, 6-3 win over Damir Dzumhur of Bosnia.

Comments
Topics mentioned in this article
Rafael Nadal Thomaz Bellucci Tennis
Get the latest Cricket news, check out the India cricket schedule, Cricket live score . Like us on Facebook or follow us on Twitter for more sports updates. You can also download the NDTV Cricket app for Android or iOS.