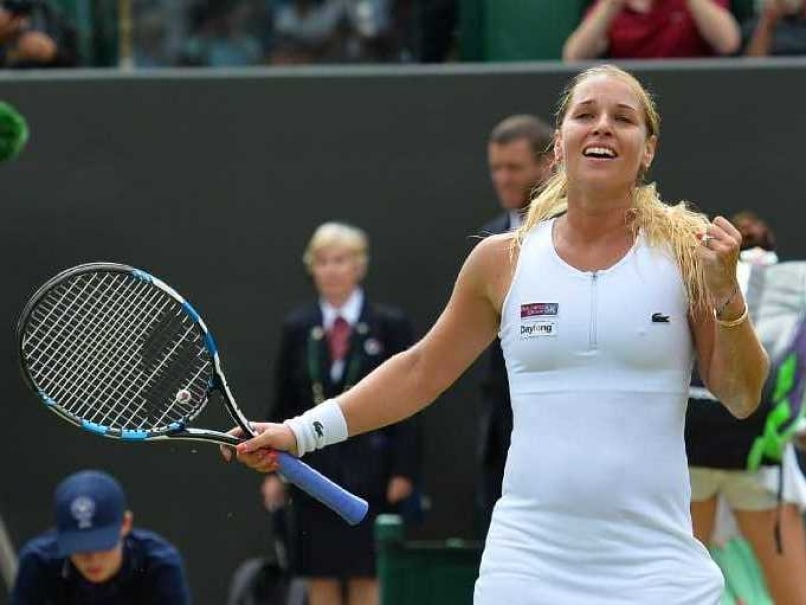 Cibulkova defeated Poland's Radwanska en route to her first grass-court title at Eastbourne last month and emulated that result in a high-quality clash to secure her first Wimbledon quarter-final berth since 2011.

Cibulkova cried tears of joy as she rolled on the court in celebration after the final point, but the triumph could come with a sting in the tail as she will have to postpone her wedding if she makes it to Saturday's final.

The 2014 Australian Open runner-up is due to get married to fiance Miso Navara in Bratislava on the same day after planning the big day nine months ago.

Radwanska, beaten in the 2012 Wimbledon final, is still waiting for her first Grand Slam title after failing to make the quarter-finals at the All England Club for only the second time in the last five years.

Comments
Topics mentioned in this article
Dominika Cibulkova Agnieszka Radwanska Tennis
Get the latest updates on India vs Australia Series, check out the India vs Australia Schedule for 2020-21 and Ind vs Aus live score . Like us on Facebook or follow us on Twitter for more sports updates. You can also download the NDTV Cricket app for Android or iOS.