Second seed Andy Murray will face Czech 10th seed Tomas Berdych on Friday in what will be his 20th semi-final at the Majors. 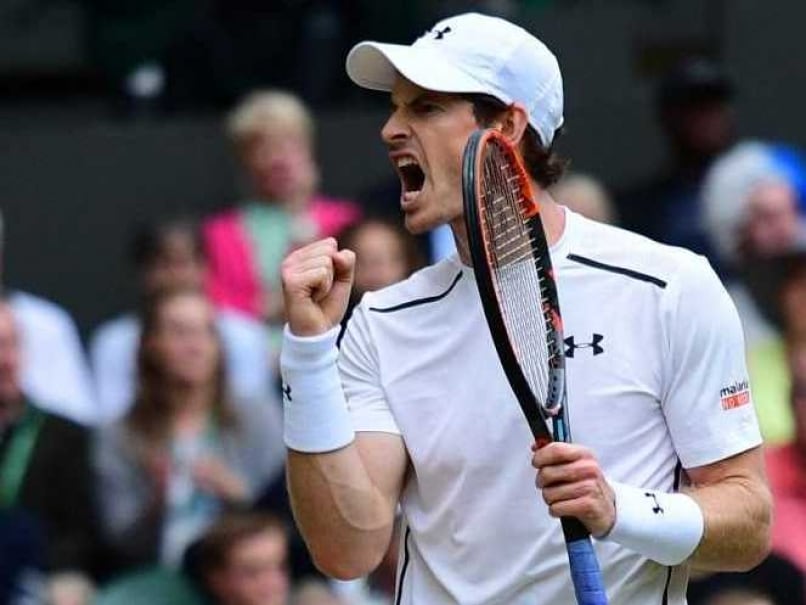 Andy Murray is keeping British hopes alive as he aims for a repeat of his 2013 heroics.© AFP

Second seed Murray, the 2013 champion at the All England Club, goes on to face Czech 10th seed Tomas Berdych on Friday in what will be his 20th semi-final at the majors.

But like Roger Federer, who came back from two sets down to beat Marin Cilic earlier in the day on Centre Court, Murray did it the hard way.

Having looked in cruise control after two sets, he lost his way against the big-serving Tsonga, who was chasing a third appearance in the semi-finals.

Murray rallied impressively in the decider, screaming out to his box 'there's no way I'm losing this match' before making good on his rallying call.

Murray's first problem of the quarter-final was to get grit out of his right eye.

It wasn't too much of a distraction as he broke for 3-2 before Tsonga returned the favour for 4-4.

Both men wasted three set points apiece in the ensuing tie-break before Murray pocketed it, just about fair reward for his high-speed scrambling.

The second set went by in a flash with Murray easing through in 26 minutes, a whole 50 minutes quicker than the marathon opener.

Tsonga, 31, looked down and out but suddenly called on a new source of energy to secure the third set courtesy of a break in the seventh game.

Murray ranted with himself and umpire Fergus Murphy as he went completely off the boil and Tsonga levelled an increasingly tense quarter-final.

But buoyed by his own passionate war cry, Murray raced to a 5-0 lead in the decider before sealing victory with a 15th ace after four hours of breathless ups and downs.

Comments
Topics mentioned in this article
Andy Murray Tomas Berdych Jo-Wilfried Tsonga Tennis
Get the latest updates on India vs Australia Series, check out the India vs Australia Schedule for 2020-21 and Ind vs Aus live score . Like us on Facebook or follow us on Twitter for more sports updates. You can also download the NDTV Cricket app for Android or iOS.