Wimbledon 2016: Viktor Troicki in 'You're an Idiot, Worst in World' Rant

A serve from Viktor Troicki's opponent Albert Ramos Vinolas had been called out, but the decision was corrected making it an ace, leading to a rant from Troicki at umpire Damiano Torella 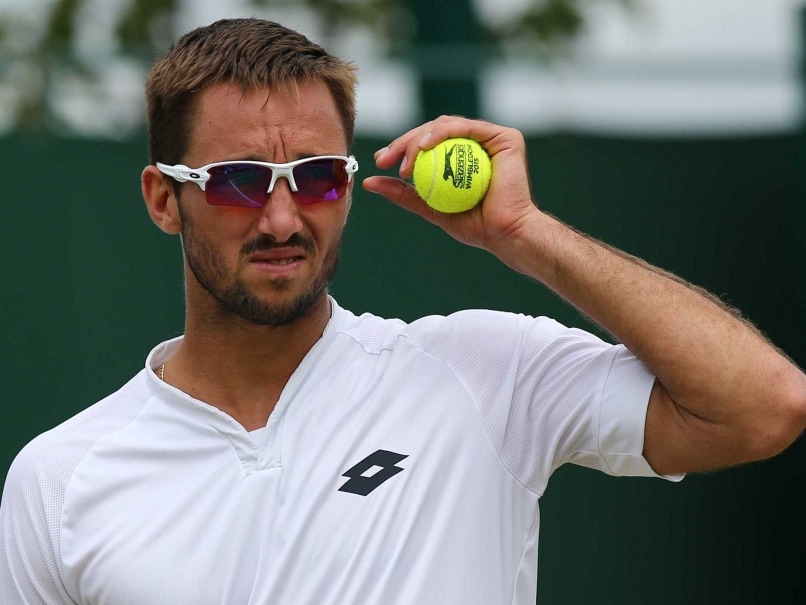 Serbia's Viktor Troicki launched a vintage tennis rant atWimbledon on Thursday, blasting an umpire as an "idiot" and lambasting him for being "the worst in the world".

Fiery Troicki, the 25th seed, slumped to a 3-6, 6-3, 6-3, 2-6, 6-3 defeat to Spain's Albert Ramos Vinolas after slipping to match point down on a controversial over-rule by umpire Damiano Torella.

A serve from the Spaniard had been called out but the decision was corrected making it an ace.

Troicki was furious, carrying the ball back to the chair on Court 17, telling the official to "look at it".

"No white, look at it!" shouted Troicki, as he pleaded with the official to look for chalk dust.

"You're the worst umpire in the world, you're so bad," screamed Troicki, who received a code violation for his behaviour after smashing the ball in question out of the court.

He lost the match on the next point but continued his rant as Torella climbed down from his perch.

"You're horrible, you know what you did. You are the worst ever, you're an idiot," he said.

"You didn't see anything in the match. You made about 30 mistakes for him and for me."

"What are you doing?" Troicki repeated at least six times before screaming "bullshit" as he stormed off court.

Troicki faces a fine of around Â£5,000 ($6,600) for his outburst but he later insisted that Torella should also be penalised.

The Serb believes the Italian lacked the necessary experience to officiate on a court where there is no Hawk-Eye replay technology.

"He should be the one who is fined, he cost me," Troicki told reporters.

"I'm not saying he cost me the match but he cost me an important point.

"I behaved well. I didn't do anything until that moment.

"He's doing such a match and I've never seen him in my whole career. That's just crazy.

"I spoke to the referee after the match and I think it shouldn't happen that such a chair umpire can be on the singles court with the men's on grass, where there is no Hawk-Eye.

"He's not able to do a proper job, so I told him that. I was just boiling at that stage. I just couldn't talk normally."

Troicki found a supporter in controversial Australian star Nick Kyrgios who is no stranger to fall outs with officials.

He tweeted late Thursday: "I feel you @troicki_viktor - fkn joke."

As well as John McEnroe's widely-parodied "you cannot be serious" bombardment, the All England Club famously witnessed a Jeff Tarango rant in 1995.

The American described umpire Bruno Rebeuh as the "most corrupt official in the world" and refused to play on until the supervisor was called.

He eventually defaulted but the drama was to continue when Tarango's wife slapped Rebeuh in the face.

Comments
Topics mentioned in this article
Viktor Troicki Albert Ramos Tennis
Get the latest updates on IND vs NZ 2021, check out the Schedule and Live Score . Like us on Facebook or follow us on Twitter for more sports updates. You can also download the NDTV Cricket app for Android or iOS.