Will Rafael Nadal Play in India?

India have drawn Spain in the Davis Cup World Group play-offs at home, with the prospect of 14-time Grand Slam winner Rafael Nadal turning out for his country 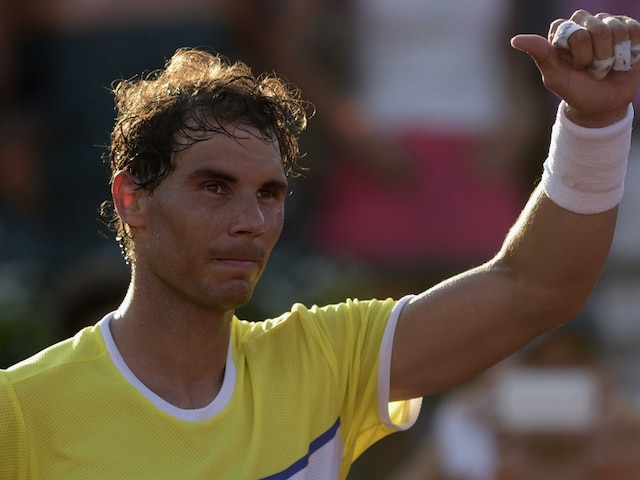 After India drew Spain in the Davis Cup World Group play-offs, tennis fans in the country might be savouring the prospect of witnessing 14-time Grand Slam winner Rafael Nadal during the September 16-18 tie at home.

The world No. 4 is Spain's best-ranked player and, despite his lean patch, will be the country's best bet to enter the World Group with a win against India. Nadal inÂ  the past has played in India during Mahesh Bhupathi's International Premier Tennis League.

However, his career has been affected by injuries of late. He withdrew from the 2016 French Open in May due to a injured left wrist, and has been out of action ever since.

But even if Nadal does not play, Spain have two other players in the top-15 - David Ferrer (No.13) and Roberto Bautista Agut (No.15).

In their recent Europe/ Africa Group 1 (Rd 2) clash against Romania, Spain was represented by Feliciano Lopez (No.21) and Agut. So, India have a stiff challenge at hand against the sixth seeded Spain.

India's highest ranked singles player currently is Yuki Bhambri (No.151) is nursing an elbow injury while No. 2 Saketh Myneni is No.152nd in the world. Another top player, Somdev Devvarman is down with a sore heel and is ranked 433rd.

Having lost to Czech Republic and Serbia, in 2014 and 2015, in the World Group play-offs, India would hope for a miracle to succeed against Spain.

Comments
Topics mentioned in this article
Rafael Nadal David Ferrer Yuki Bhambri Saketh Myneni Tennis
Get the latest updates on IPL 2020, check out the IPL Schedule for 2020 and Indian Premier League (IPL) Cricket live score . Like us on Facebook or follow us on Twitter for more sports updates. You can also download the NDTV Cricket app for Android or iOS.