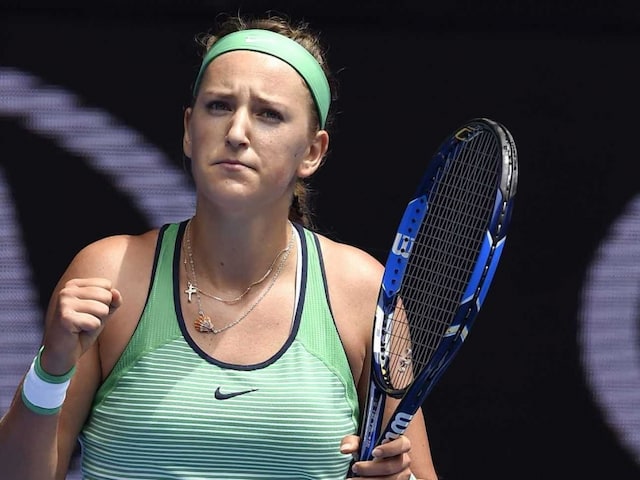 Victoria Azarenka is currently ranked No. 5 in the world.© AFP

World number five Victoria Azarenka extended her winning streak to 16 matches with a comfortable 6-3, 6-2 victory over France's Alize Cornet to reach the third round of the Madrid Open on Monday.

The Belarussian clinched her last two tournaments at Indian Wells and Miami and is the favourite to land her first title in Madrid in the absence of world number one Serena Williams due to flu.

Azarenka raced into a 4-1 first set lead against world number 48 Cornet and, despite a blip dropping serve for the only time in the match for 4-2, broke once more to seal the set 6-3.

The second set was even more straight forward for the two-time Grand Slam champion as two breaks of serve sealed victory in just under 90 minutes on court.

Azarenka will face either 14th seed Ana Ivanovic or American qualifier Louisa Chirico in the third round.

Defending champion Petra Kvitova remained on course for a quarter-final showdown with Azarenka with a 6-3, 6-3 win over Russian Elena Vesnina.

"I have a new coach. That's always great to have someone who's helping you and finding a good way of your game and plan," said Kvitova.

"I feel okay. Importantly is that my body feels okay. I hope that this will kind of continue."

Comments
Topics mentioned in this article
Victoria Azarenka Petra Kvitova Tennis
Get the latest Cricket news, check out the India cricket schedule, Cricket live score . Like us on Facebook or follow us on Twitter for more sports updates. You can also download the NDTV Cricket app for Android or iOS.