Sania Mirza and Ivan Dodig, the mixed doubles top seeds, failed to get going after a poor start to their second round match, and were beaten in straight sets, 6-3, 6-4, by Barbora Krejcikova and Marin Draganza 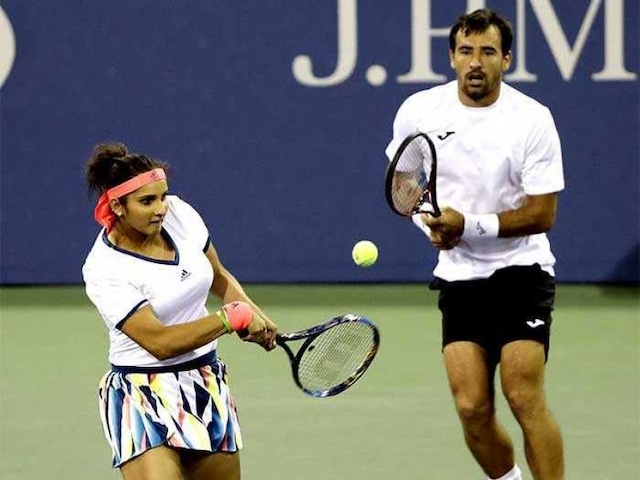 Sania Mirza and Ivan Dodig suffered a shock defeat in the mixed doubles second round of US Open.© AFP

Top seeds Sania Mirza and Ivan Dodig were knocked out of the US Open mixed doubles on Sunday, after a shocking defeat in straight sets to Barbora Krejcikova and Marin Draganza in the second round.

Mirza and Dodig were beaten 6-3, 6-4 by their unseeded opponents in a match that lasted one hour and five minutes.

The Indo-Croat pair began poorly, and fell 0-4 behind in the first set. Despite a brief recovery, they dropped the set 3-6.

In the second set, Mirza-Dodig blew away a good start to lose the set 4-6 to crash out of the mixed doubles event.

Comments
Topics mentioned in this article
Tennis Sania Mirza Ivan Dodig
Get the latest Cricket news, check out the India cricket schedule, Cricket live score . Like us on Facebook or follow us on Twitter for more sports updates. You can also download the NDTV Cricket app for Android or iOS.