US Open: Simona Halep Powers Into Women's Singles Third Round

Simona Halep defeated Lucie Safarova 6-3, 6-4 to advance into the third round of 2016 US Open 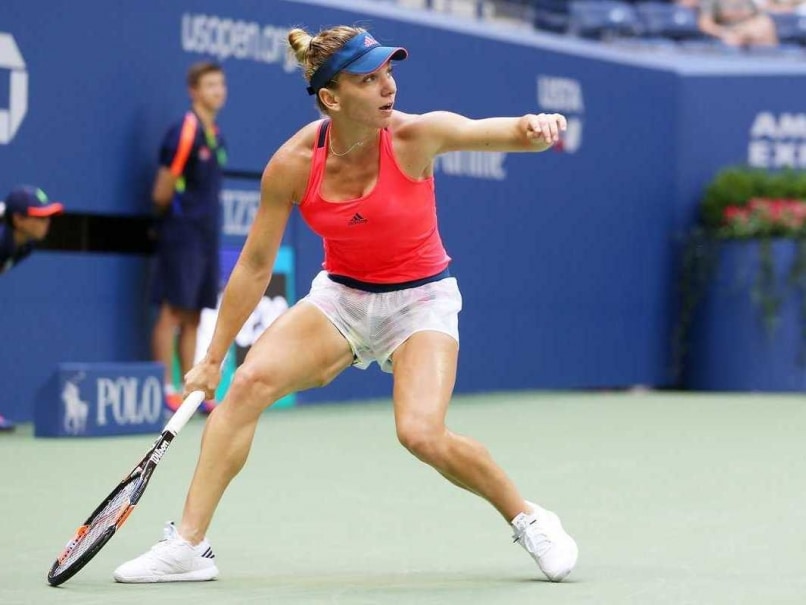 In the first match to be played from start to finish under the closed roof, Simona Halep triumphed 6-3, 6-4.Â © Twitter

Fired-up fifth seed Simona Halep reached the third round of the US Open on Thursday with a straight-sets victory over Lucie Safarova in a battle of former French Open finalists under the new roof of Arthur Ashe stadium.

In the first match to be played from start to finishunder the closed roof, Romania's Halep triumphed 6-3, 6-4.

She showed a flash of frustration after letting an early break get away in the opening frame, but she won the last three games to pocket the set and sealed the win when Safarova double-faulted on match point -- one of 11 breaks of serve in the contest.

Halep apologized for her racquet-swiping fit of pique.

Halep, who shot to prominence with a run to the 2014 French Open final, reached the semi-finals at Flushing Meadows last year, losing to eventual champion Flavia Pennetta.

She hasn't been much of a factor at this year's three prior Slams, making the quarter-finals at Wimbledon, the fourth round at Roland Garros and failing to win a match at the Australian Open.

But she said her confidence is high after a strong hardcourt build-up that included a victory in Montreal and she enjoyed the experience of playing under the new $150 million roof -- which was closed as morning rain delayed the start of play on outside courts for an hour.

"It was amazing to have this experience," said Halep, although the closed roof didn't relieve all climate problems.

"I was a little cold," she said. "I felt the air conditioning."

Second-seeded Briton Andy Murray, riding a wave of confidence after claiming his third Grand Slam title at Wimbledon and a second Olympic gold medal in Rio, said he'd welcome playing under the roof when he takes on Spain's Marcel Granollers for a third round berth.

Murray has won six of seven encounters with Granollers, most recently beating him at the Indian Wells hardcourt Masters in March.

Comments
Topics mentioned in this article
Simona Halep Lucie Safarova Andy Murray Rafael Nadal Stanislas Wawrinka Serena Williams Tennis
Get the latest updates on IPL 2021, check out the IPL 2021 Schedule and Indian Premier League Live Score . Like us on Facebook or follow us on Twitter for more sports updates. You can also download the NDTV Cricket app for Android or iOS.