While Sania Mirza and Rohan Bopanna advanced in the 2016 US Open, Leander Paes failed to progress past the second round in the mixed doubles event 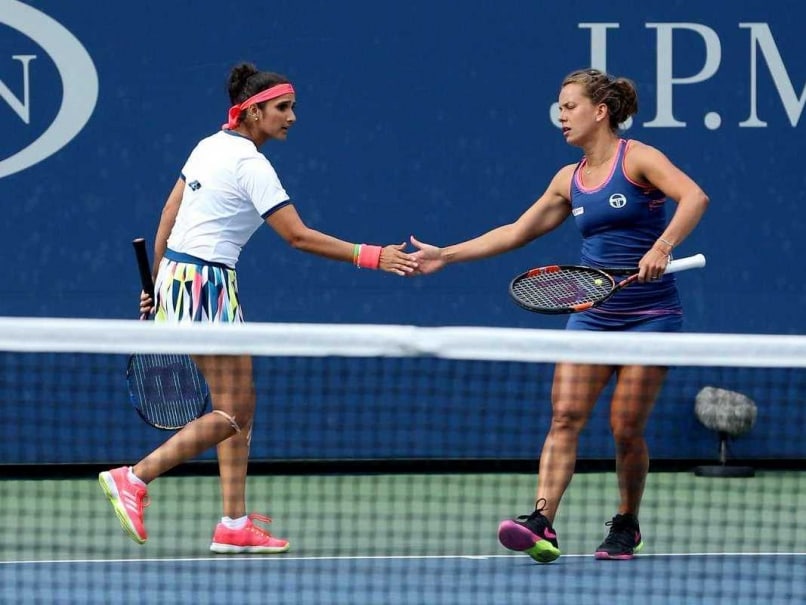 Sania-Barbora defeated the duo of Viktorija-Nicole 6-2, 7-6(5) to move into US Open women's doubles Round 3.© Twitter

It was a mixed day for the Indians on Day 6 of the 2016 US Open. While Sania Mirza and Rohan Bopanna won their respective women's doubles and mixed doubles second round matches, Leander Paes lost in the mixed's doubles event .

Sania and Barbora hit 27 winners to their opponents' 25. The highlight of the match was the win percentage on the second serve. Sania-Barbora won 55 percent of the points on second serve while Viktorija and Nicole won just 39 percent.

Besides serving 14 aces, Bopanna and his Canadian partner smashed 14 winners to their opponents' 3.

In another match, Leander Paes and Martina Hingis failed to progress past the second round of mixed doubles after losing to the Rajeev Ram-Coco Vandeweghe duo 6-7, 6-3, 11-13.

Earlier, Paes and Bopanna had failed to progress in men's doubles in the US Open after losing their respective first round matches.

Comments
Topics mentioned in this article
Sania Mirza Rohan Bopanna Leander Paes Martina Hingis Viktorija Golubic Nicole Melichar Gabriela Dabrowski Rajeev Ram Coco Vandeweghe Tennis
Get the latest updates on IPL Auction 2023 and check out  IPL 2023 and Live Cricket Score. Like us on Facebook or follow us on Twitter for more sports updates. You can also download the NDTV Cricket app for Android or iOS.