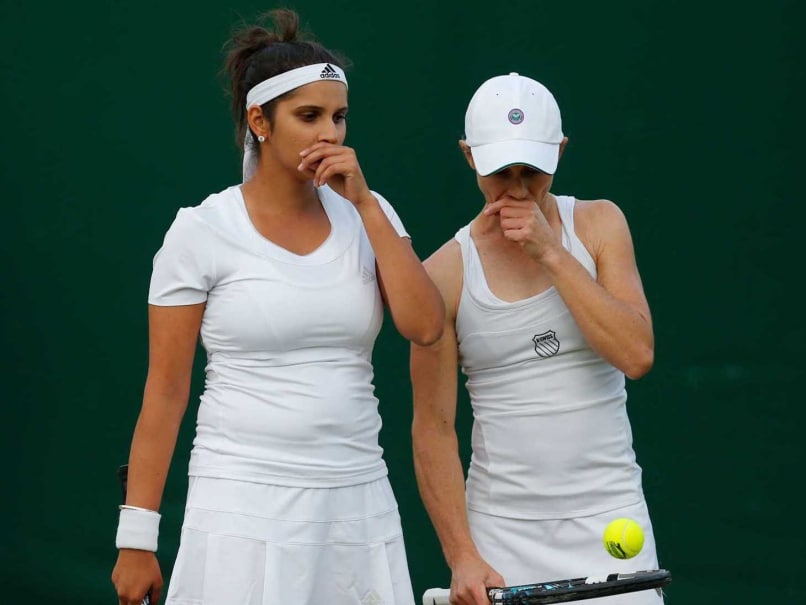 It was a great day for Sania Mirza as she made it to the quarter-finals of women's doubles and the semi-final of mixed doubles at the US Open tennis event here.

But it was the end of the road for both Leander Paes and Rohan Bopanna at the tennis event. (Djokovic, Murray Book Quarter-Final Showdown)

The top seeded pair of Sania and Bruno Soares made it to the semi-final of the mixed doubles with a 7-5, 2-6, 10-5 win over the sixth seeded pair of Bopanna and Katarina Srebotnik in the quarter-finals Monday.

Paes and his Czech partner Radek Stepanek, seeded sixth, went down 2-6, 6-4, 1-6 to the 11th seeded pair of Marcel Granollers and Marc Lopez in the third round of men's doubles.

In the mixed doubles, Paes and Cara, seeded third, lost 4-6, 6-4, 8-10, to Abigail Spears and Santiago Gonzalez in the quarter-finals.

Comments
Topics mentioned in this article
Sania Mirza Cara Black Leander Paes Radek Stepanek Bruno Soares Tennis
Get the latest updates on India vs England Series, India vs England , live score and IPL 2021 Auction . Like us on Facebook or follow us on Twitter for more sports updates. You can also download the NDTV Cricket app for Android or iOS.