Monica Puig, won the women's singles gold medal at Rio Olympics, lost in the first round of the US Open against China's Zheng Saisai 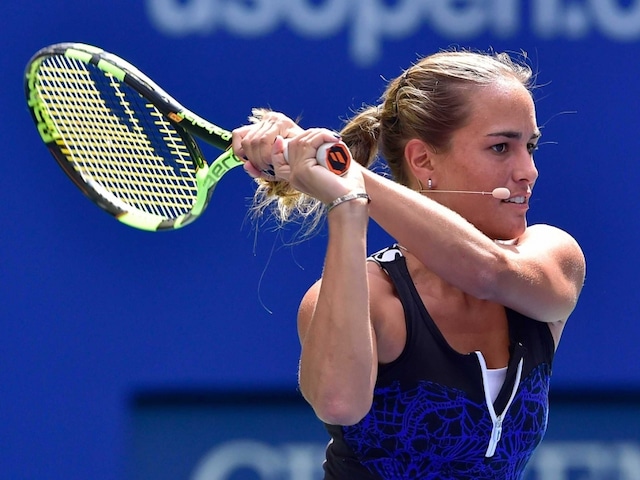 Monica Puig failed to carry the momentum at US Open, after her Rio Olympics gold medal win.© AFP

Monica Puig, whose Olympic tennis triumph in Rio de Janeiro gave Puerto Rico their first ever Games gold, was unceremoniously bundled out of the US Open on Monday by China's Zheng Saisai.

Zheng beat the 32nd-seeded Puerto Rican 6-4, 6-2 to book a second-round date with Kateryna Bondarenko of Ukraine.

Puig, 22, admitted she had a lot to learn about coping with success and with her sharp rise up the rankings this year which saw her seeded for the first time at a Slam at number 32.

"It's always a little bit tough, especially coming off winning the Olympic gold medal. A lot of pressure, a lot of expectation, but I can always continue to learn," said Puig.

"That's what I'm going to try and do. All credit to her, though. She played well. But I'm still learning. I'm still growing. Trying to find the positives out of everything."

Comments
Topics mentioned in this article
Monica Puig Tennis
Get the latest Cricket news, check out the India cricket schedule, Cricket live score . Like us on Facebook or follow us on Twitter for more sports updates. You can also download the NDTV Cricket app for Android or iOS.