US Open: Former World No.1 Ana Ivanovic Crashes Out in Women's Singles First Round

Ana Ivanovic, who won the 2008 French Open, slumped to a straight sets defeat to Czech Denisa Allertova in the women's singles first round at US Open 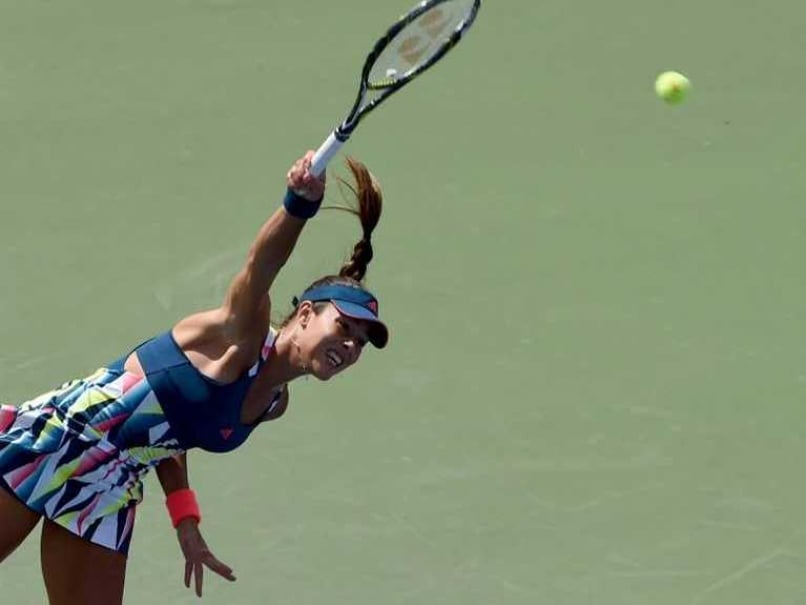 Ana Ivanovic of Serbia serves to Denisa Allertova during their 2016 US Open women's singles match.© AFP

Former world No.1 Ana Ivanovic suffered a shock 6-7(4), 1-6 defeat to Denisa Allertova of Czech Republic in the women's singles first round at the 2016 US Open on Tuesday.

Ivanovic, the 2008 French Open winner, started off well but failed to maintain her momentum.

With the scored tied 6-6, the first set went into tie-break and the Serbian star failed to keep her nerves.

She completely collapsed in the second set, barely putting up a fight. She went down 1-6 to bring an end to her US Open campaign.

Comments
Topics mentioned in this article
Ana Ivanovic Tennis
Get the latest updates on IPL 2020, check out the IPL Schedule for 2020 and Indian Premier League (IPL) Cricket live score . Like us on Facebook or follow us on Twitter for more sports updates. You can also download the NDTV Cricket app for Android or iOS.