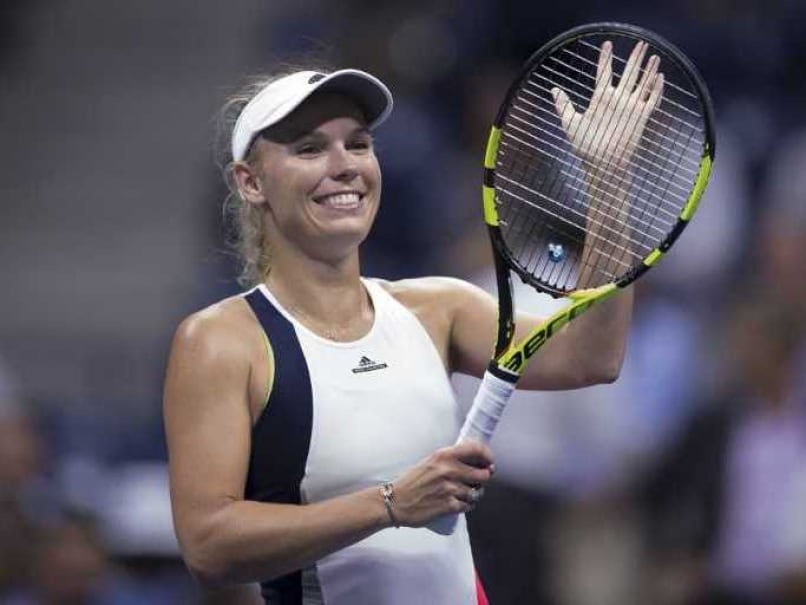 Caroline Wozniacki will face Germany's Angelique Kerber for a place in the US Open women's singles final.© AFP

US Open semi-finalist Caroline Wozniacki refused to dampen speculation on Tuesday that she is on the verge of retiring from tennis.

The Danish star's father Piotr had been quoted in national media as suggesting that his daughter was unlikely to play beyond next year.

"We have not taken any final decision, but as I understand her, it will not be a long career," he was quoted as saying.

The 26-year-old Wozniacki refused to knock back her father's opinion after reaching her first Grand Slam semi-final in two years.

"I think I don't want to really talk about that now. When I feel ready to open up and say something then I will, but for now I'm just here to play this tournament," former world number one Wozniacki said after beating Anastasija Sevastova 6-0, 6-2 in the quarter-finals.

"Hopefully I have two more matches here. Yeah, it's really all I'm focused on right now."

Wozniacki, whose ranking has slumped to 74 after a series of injury setbacks this year, faces Germany's Angelique Kerber on Thursday for a place in the US Open final.

Comments
Topics mentioned in this article
Caroline Wozniacki Anastasija Sevastova Angelique Kerber Tennis
Get the latest updates on India vs Australia Series, check out the India vs Australia Schedule for 2020-21 and Ind vs Aus live score . Like us on Facebook or follow us on Twitter for more sports updates. You can also download the NDTV Cricket app for Android or iOS.