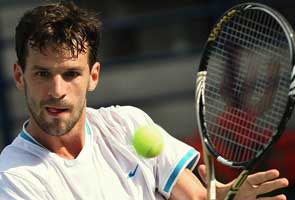 The second set was just as close, with Berdych's decisive break making it 5-4.

Berdych now plays either the second-seeded Djokovic or Florian Mayer of Germany.